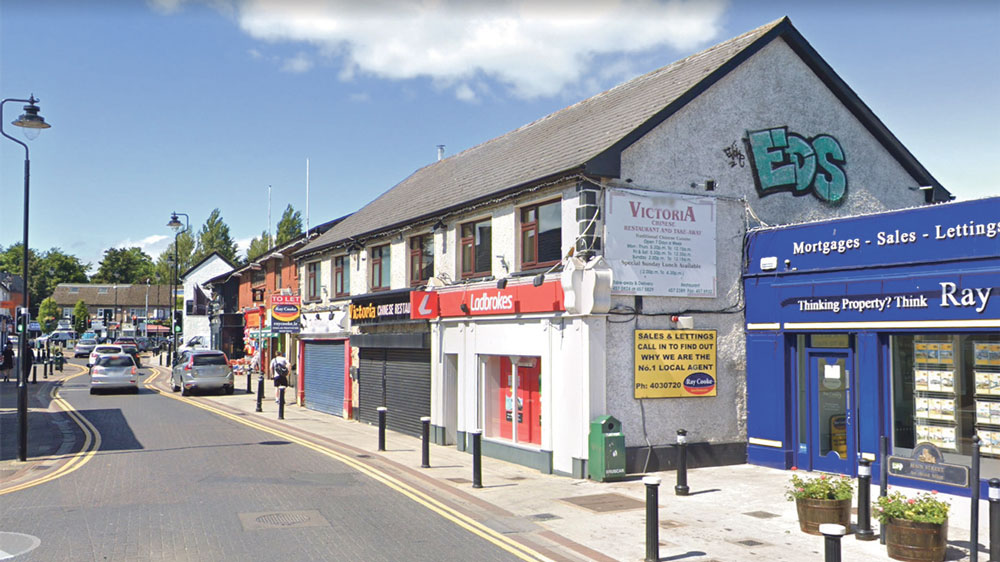 Graffiti, which has since been removed, on Main Street Clondalkin

Petty issues should not clog up council meetings

PETTY issues such as graffiti and hedge cutting should not be clogging up agendas at local council meetings, but time delays in identifying owners of respective properties, forces the need for action, according to Clondalkin Cllr Eoin Ó Broin (Ind).

The Echo understands this graffiti was finally removed recently, but Ó Broin cites other incidents of graffiti on utility boxes and overgrown hedges on footpaths, as a reason for the council to be more direct with property owners.

“I have three cases on the area meeting this week where the council have to get onto the owners and it is slow,” he said.

“These things shouldn’t even get to the agenda. They are petty and small but they need action. People ask us to get them removed and when they don’t see any action, they think ‘what’s the point’.

The council often have to investigate registered owners of buildings and wait for land registry details to address issues raised across the county.

Excruciating delays in identifying the owners of the former Foxhunter pub in Lucan, led to Avoca Handweavers walking away from plans to open a store there in 2015.

The cases Cllr Ó Broin raised at the Clondalkin area meeting this week – a hedge on Monastery Road outside Floraville Cottage blocking the footpath, utility boxes and Main Street – are more straight forward – but he believes other options such as fines should be considered.

“The obligation is on the owner to remove graffiti. It is the same with utility boxes and the ones Eir own outside Riversdale estate. That has been going on for six months at least. There is a memorandum of understanding between councils and utility providers,” said Cllr Ó Broin.

“They keep telling me they have written to Eir, so I am saying to them what is the amount in euro that the utility company should be fined because of their refusal to clean the utility box.”

The Echo understands that the council wrote to the company at the Floraville Lodge development, received no reply in 28 days, subsequently contacted the planning consultant, and the hedges were cut within 24 hours.