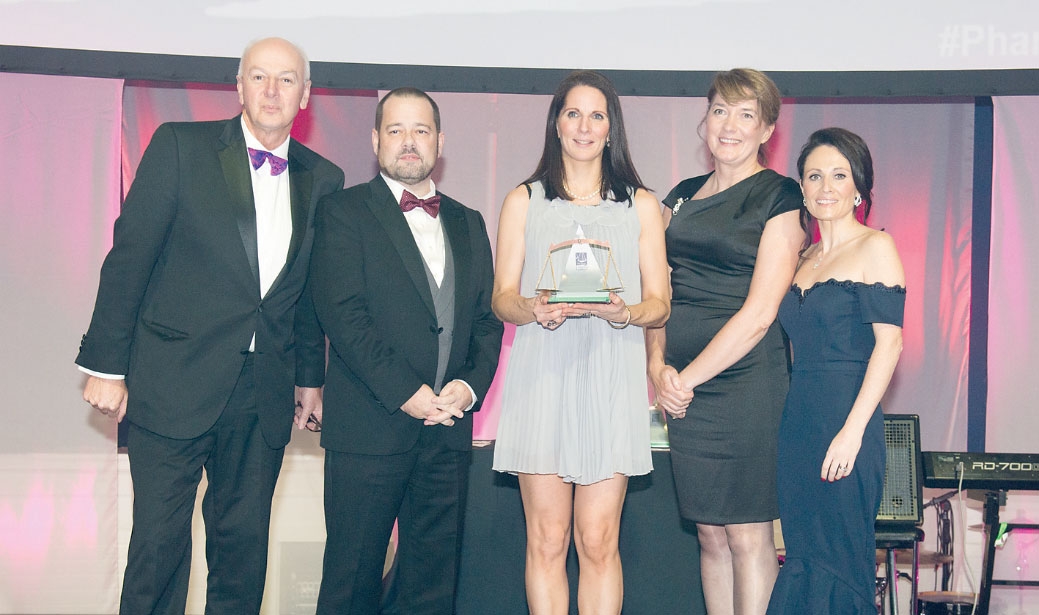 TALLAGHT Hospital picked up two accolades at a national pharmacist award ceremony, which also saw a Clondalkin pharmacist take home a top award for his contribution to his community.

More than 400 nominations were received by the Clanwilliam Pharmacist Awards, which saw seven pharmacists in Dublin chosen from a shortlist of 24.

Fintan Moore of Greenpark Pharmacy in Clondalkin took home the Pharmacist Contribution to Community Award for the impact he has on those living in the local area.

Hosted by Bobby Kerr, the awards ceremony took place at the Mansion House in aid of the Pharmacy Benevolent Fund, which helps those who have been associated with pharmacy and who are now in need of assistance.

Speaking at the awards ceremony, Eileen Byrne, Managing Director, Clanwilliam Health said: “At Clanwilliam Health, we recognise that pharmacists play a vital role in the healthcare system and we are delighted to celebrate these professionals tonight who have become a trusted adviser to some and who have their patients’ best interests at heart.

“Through the Patient Nominated Award, we have heard some truly inspiring stories from patients on how their pharmacist has positively impacted their life.

“A pharmacist is more than a dispenser of medicines and it’s really important to acknowledge that, like we have tonight.”