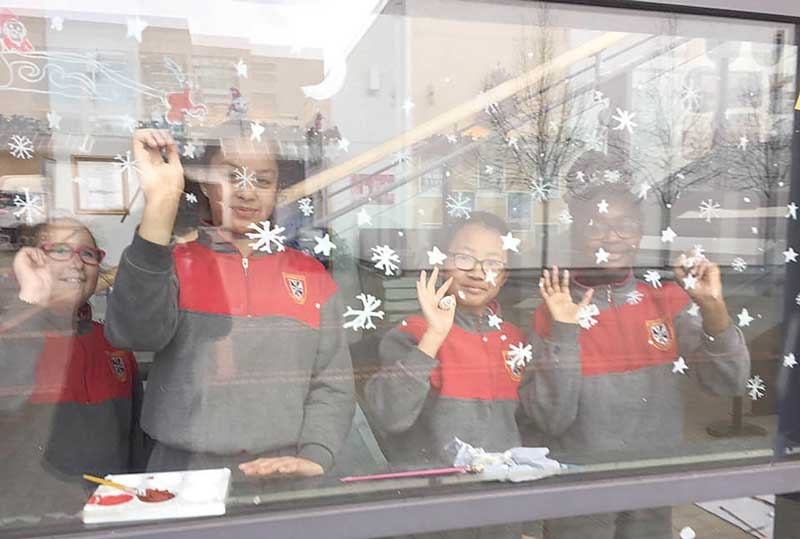 FIFTH Class Pupils from St Dominics used their creative skills to help make the season more festive at the Civic Theatre in Tallaght.

The pupils under the guidance of artist Orla Kelly painted lots of the windows in the building.

Órla, who is a visual artist, creative educationalist and an arts manager is Director of Early Childhood Creativity.

The children arrived at the Civic and planned out their designs carefully on paper before they outlined their drawing with white paint on the windows.

They decided on their own themes and then used colour to highlight some of the images.