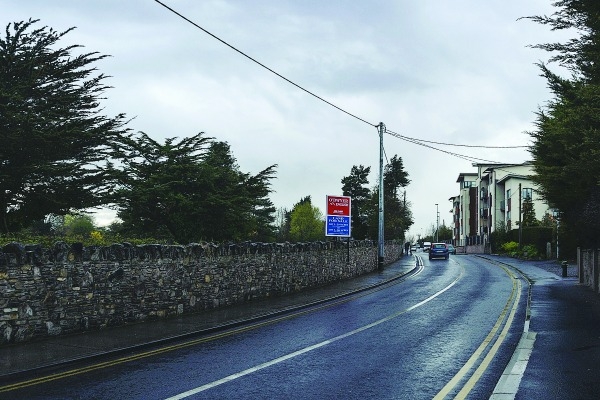 FINANCIAL difficulties have forced a local pitch and putt club to place some of their land on the market.

The club are selling nine of their 18 holes, in an effort to pay bills and maintain finances going ahead.

Only Lot 1 (back nine) or Lot 2 (front nine) may be sold and the purchaser has the option to bid for either lot.

The clubhouse and bar – known locally as The Gluepot – is not included in the sale.

Located in the centre of Clondalkin Village around the corner from the Mill Shopping Centre, the lands have “great development potential”, according to Patrick O’Dwyer, Senior Negotiator handling the sale.

Joe Connor, Clondalkin Pitch and Putt Secretary, said: “We’re selling nine of 18 holes. If a prospective buyer is interested, they can buy the front nine or the back nine.”

An unsuccessful bid by the club last year for a Sports Capital Grant, led to members agreeing a decision to sell some of the land at a club AGM on February 14.

Joe continued: “The way things are going, we don’t get a dig-out, and have bills all over the place. We applied for a capital grant to get new bridges over the Camac, new toilets and disabled access, but it wasn’t successful. I informed members of the financial difficulty at the AGM.”

Martin Gouldsbury, has been Chairman of CPM since the early 1970s.

Mr Gouldsbury said: “The club was run by Clondalkin Paper Mills, and when that closed down, it came to members of the club, or associated members, as it was known then.

“Paid-up members control the club now. Every year, we are open for membership. It’s €50 from October to October. Members have access to the facilities, clubhouse, pool table.”

CPM have approximately 350 members, including men and women, who both have darts’ teams that play each week.

The clubhouse bar also features attractive prices, with a pint of Guinness available for €3.95.
The bar is known as The Gluepot, as former members used to glue bags in the paper mills – although the price of porter may give new members a reason to ‘stick’ around.

The property guide lists the non-residential 2.14 acre site as separated by a river from the 3.61 acre site, which contains the clubhouse, bar and car parking.

Patrick O’Dwyer, says the site contains “potential development lands due to its large frontage onto the Old Nangor Road/Newcastle secondary roadway and located in a large residential and commercial area.”

Prominent features include serenic surroundings, all services (water/sewerage/gas) at hand, suitable for development, and prime location.