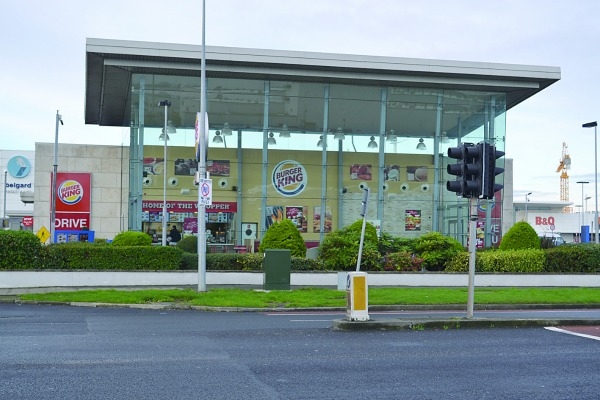 Eight armed robberies occurred in Tallaght in the past week

THERE was three times the average number of armed robberies at Tallaght businesses last week – with one attack involving a man, armed with a hammer, attempting to smash the passenger window of a woman’s car while she waited at the Burger King drive-thru on the Belgard Road.

According to Garda information, eight armed robberies at Tallaght businesses were recorded last week, a significant increase on the average weekly number of between two and three.

Confirming the figures to The Echo, Tallaght Superintendent Peter Duff said that a number of different weapons were used across the eight armed raids, including blunt objects, such as bats and poles, knives, and in one instance, a firearm.

He said: “In these eight armed raids, a weapon of some description was produced and the threat of injury implied.

“The number of robberies in which a weapon was used was particularly high last week but we have made significant arrests in three of them and are confident that we can make a detection in a high percentage of the others.

“Also, we are investigating whether the individuals detected are responsible for more than one of the robberies.”

He added: “In response to the spike, we have implemented a number of operations in recent days to combat this type of crime and our crime prevention officer has visited all of the eight establishments.

“It is very important that the community works with us on this too, we can’t do our work without community support, witnesses and information.

“Prevention is also key here and the culprits got nothing in a number of the raids because of preventive measures introduced by businesses.”

Included in the eight armed attacks on business premises, Garda are investigating a woman being left shaken after a man attempted to smash her passenger window while she waited at the Burger King drive-thru on the Belgard Road last weekend.

According to Garda reports, the man was unable to break the car window and eventually pulled open the door and snatched the woman’s handbag from the passenger seat.

A number of raids were also carried out on local petrol stations and community-based shops.

Supt Duff confirmed to The Echo that the only injury received over the eight raids was in Tallaght Adventure World on Sunday, when a raider stabbed a staff member’s hand with a knife.

Anybody with information on any armed raid, or who would like to meet with the local Crime Prevention Officer, is encouraged to contact Tallaght Garda Station on 6666000.