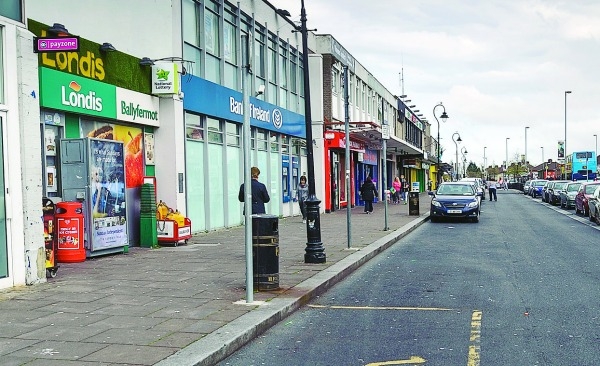 ANOTHER armed robbery spree – this time in Ballyfermot and Palmerstown – has left businesses calling for stiffer sentences for repeat offenders.

Gun-wielding raiders attacked a number of premises in Ballyfermot and Palmerstown within the space of an hour on Wednesday, April 6.

A masked thug wielding a gun threatened staff and left with a small sum of money during a robbery at Newstime on Manor Road, Palmerstown, on Wednesday, April 6, at approximately 11.30am.

Shortly afterwards, another thug attempted to rob the Londis on Ballyfermot Road at noon, but this proved unsuccessful, when a staff member locked the till and walked away.

A salon in the Ballyfermot area was also robbed around the same time. Staff there were too terrified to talk to The Echo, and have undergone counselling as a result of their ordeal.

Later that day, another raider robbed a Centra on Kimmage Road Lower, making off with a small sum of cash.

One prominent Ballyfermot businessman blasted a lax legal system, and believes there is a recent spike in armed raids at small premises.

“What kind of person takes that sort of a risk with a gun, for maybe €200,” said the shop owner.

He continued: “With social media now, there is a lot more communication with retailers, and you realise how much of a problem this is at the moment. I’m constantly checking social media apps, and have seen a lot of robberies in recent weeks. Repeat offenders are allowed to carry out these crimes, but they only get a slap on the wrist if brought before the courts.”

Whilst no injuries were reported in the robberies on April 6 – violent attacks have an adverse effect on the mental wellbeing of staff and customers.

The Echo understands up to nine people were in the Londis at the time of the attempted robbery, whilst staff in Palmerstown and an elderly shopper were threatened during the ordeal.

The salon are worried raiders will strike again, and said some of their clients declined to come into the premises in the aftermath of the attack.

Just last week, The Echo covered two armed raids in the same Clondalkin shop within three days.
Businesses in Clondalkin shopping centres sought a meeting with gardaí this week to tackle the problem.

Gardaí are investigating the robberies, and are appealing for witnesses to contact them.

A Garda spokesperson said the suspect in the Palmerstown case is “male described as 5’5” in height with a Dublin accent wearing a blue jacket with his face covered.”

The suspect in the attempted Londis raid is described as “5’2” in height, with a Dublin accent, wearing a green jacket with his face covered, navy baseball cap, dark bottoms and dark runners”, whilst the Centra, Kimage, suspect is described as “5’8 in height, aged 40/50s, medium build, wearing a navy jacket with hood up, which had a light coloured stripe on both sleeves, blue jeans and black runners with white trim.”

Anyone with information is encouraged to contact Ballyfermot Garda Station at 6667200 or the Garda Confidential Line at 1800 666111.