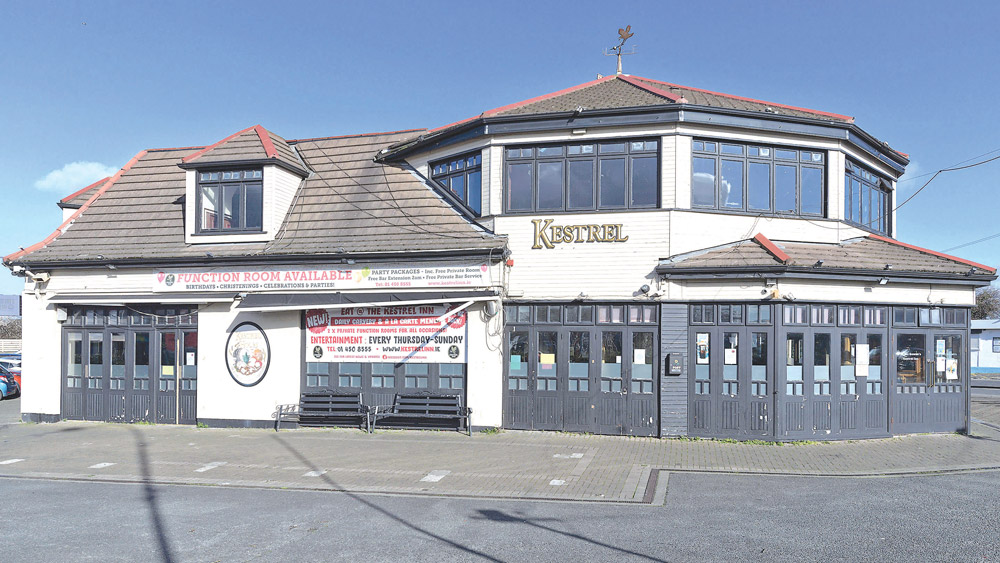 Kestrel Pub on The Walkinstown Roundabout

DEVELOPERS have addressed many of the reasons for refusing permission at the site of Kestrel Pub at Walkinstown roundabout – and have been requested to submit further information for its new application.

Last year, Double E Investments, were refused planning permission by Dublin City Council, for a development at the site, which included proposals for 52 apartments but no car parking spaces.

As with the previous plan, Double E are seeking to demolish the two-storey Kestrel building, and this time around, build a part 4, 5, and 6-storey mixed-use development, containing 19 one-bed apartments and 23 two-beds.

A significant amount of objections were lodged to the previous planning application by residents, concerned that the lack of car parking spaces would have a negative impact on a busy local traffic network, and increase pressure for parking spaces on residential roads in the vicinity of the site.

Planners said the applicant had not demonstrated that the site, located on a heavily trafficked junction and road network, can accommodate a car free development based on proximity and accessibility criteria “without resulting in a negative impact on the surrounding local road network”.

Now, with this new application, the planning authority believes the applicant “has addressed many of the refusal reasons outlined in the previous planning decision on this site”.

With the removal of two floors resulting in a “much less visually dominant and overbearing form of proposed development”, the planning authority is “generally supportive of the proposal to provide a landmark building at this location”.

However, there are still some concerns regarding the scale and footprint of the scheme due to its proximity to the public road.

It believes that a greater setback of the structure be introduced to help integrate with the existing character of the area and asked for clarification around pedestrian circulation and the residential amenity.

The introduction of basement level car parking is “acceptable”, although there is some transport related concerns.

Double E Investments now has to address the concerns raised in the form of additional information, and submit this documentation to the City planners.

It closed in 2010, and the following year, publican Michael McGowan bought the premises for a price believed to be in the region of over €2 million.