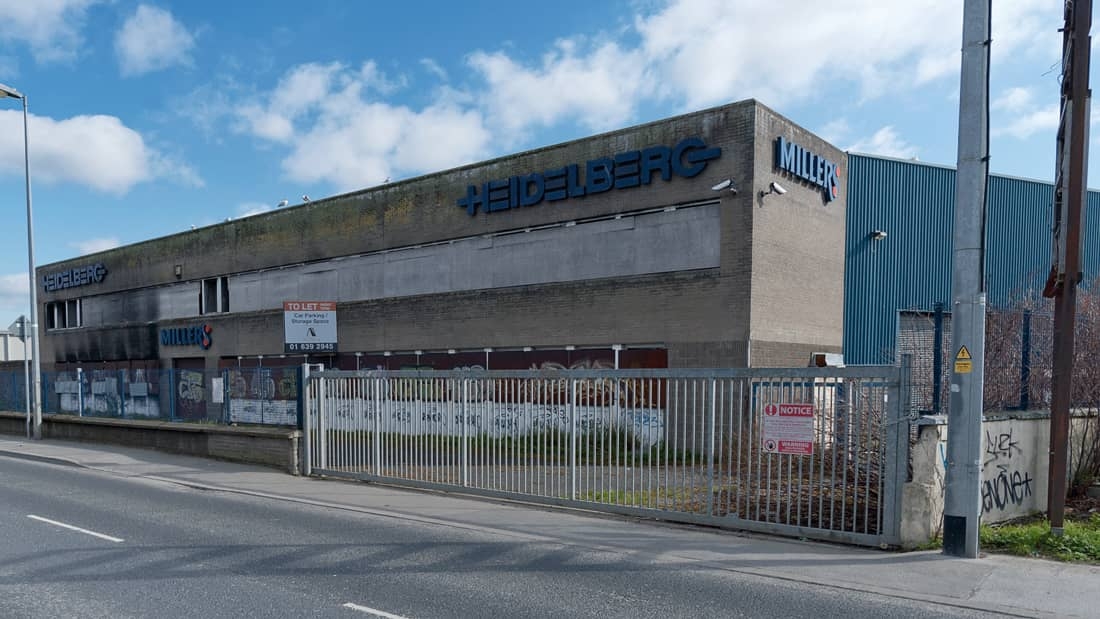 PLANS for the construction of 188 build-to-rent apartments at the former Heidelberg-Miller building and SCR Garage site on Davitt Road in Drimnagh have been lodged with An Bord Pleanála.

However, this isn’t the first time the former Heidelberg-Miller building has been primed for development, as a developer received planning permission in 2015 for a mixed use three-to four-storey development at the site.

The permitted development was to contain offices and 25 residential units at the site, but the plans never came to fruition.

In the newest planning application for the site, Heidelberg Davitt Limited is seeking permission for the demolition of all existing buildings on the site, including the Heidelberg-Miller building and the SCR Garage, to make way for the residential development.

The proposed development includes the construction of a part three- to part nine-storey building in a U-shaped block layout, over basement level, including two commercial units, 188 build-to-rent apartments, resident support facilities, and resident services and amenities.

A decision on the application is due from An Bord Pleanála by June 28.

The developer previously held a pre-planning consultation with An Bord Pleanála where their initial plans were for 200 apartments at the site, however they reduced this to 188 when they submitted their current planning application.