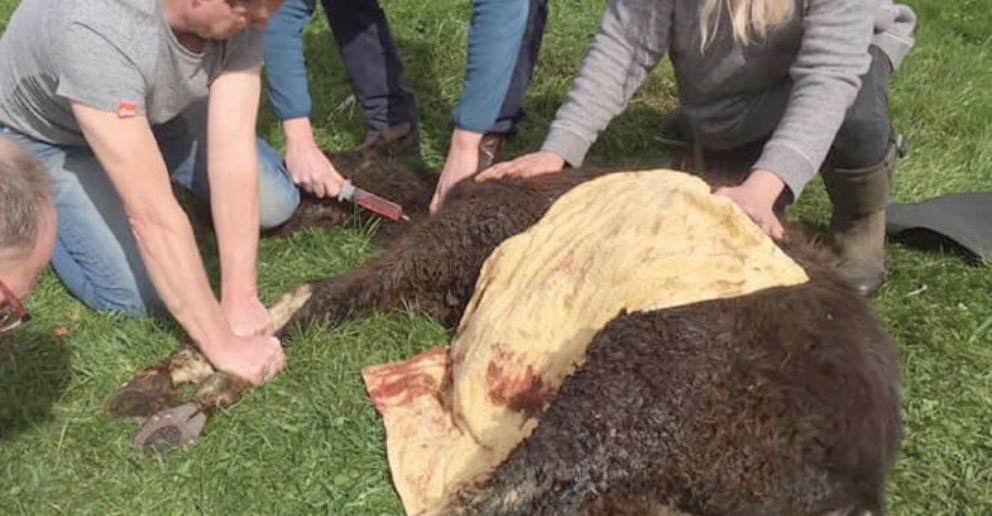 Pony ‘tried to jump fence and was impaled’

IT WAS one of the worst cases volunteers with My Lovely Horse Rescue (MLHR) ever came across – a young pony with its intestines hanging out after being impaled on fencing.

The charity organisation has been responding to reports of neglected and abused equines since 2011 and endured many tough cases, but this incident in North Clondalkin on Saturday was particularly traumatic.

The young pony was still alive when found

“It tried to jump and got impaled,” said Martina Kenny, from MLHR.

“It was one of the worst cases, seeing what we saw. The pony was still alive with its intestines hanging out.”

Volunteers tried to keep the eight-month-old female ‘Shannon’ steady for approximately 45 minutes, before a vet arrived to put the young pony down.

MLHR said the pony had been running scared along a road in a housing estate prior to the tragic incident, and locals managed to get her off the railings.

Volunteers with MLHR reported a better outcome in another case at Fonthill case this week, when they responded to a horse with a fractured leg.

On this occasion, they knew the owner.

“He was so nice, there are good owners out there and good people are worth helping,” said Martina.

“We get to know people in the areas, we might get abuse from some but we are well used to it. We are not there to take horses, we try to help them.”

A big issue facing MLHR is financial, as they are constantly left to foot expensive bills to treat wounded animals, and are also caring for over 200 horses in volunteer run stables.

The non-profit group is hoping to roll out a campaign to get more support from the Government and the public.

Residents can support the work of My Lovely Horse Rescue via https://www.mylovelyhorserescue.com/pages/donate