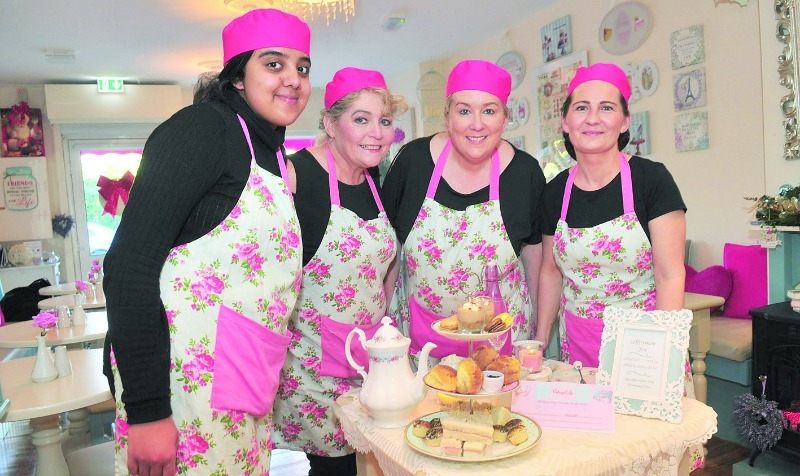 Profits in new novel café to assist with charity funding

A NOVEL café opened recently in Clondalkin – fusing quality fare with a strong element of social enterprise and responsibility.

Whilst focusing on developing the business, the sisters are also trying to fund a charity with any surplus funds from the new venture.

They were previously involved with the Home Safe Home Elderly Security – one of many not-for-profits around the country that suffered greatly when a state tender competition was introduced in 2014.

“The government in its wisdom decided to put it out to tender. We applied, but they gave it to a commercial company,” said Donna, who opened the café while on a back-to-work allowance scheme.

The tender competition to supply elderly people with security alarms was shrouded in controversy when it emerged that xthe then Environment Minister Alan Kelly, had a meeting with the most successful bidder in a national tender competition, while the process was underway.

Kelly met Gerard Bunting, the owner of Task Alarms, in Leinster House nine days after deadline submissions for the €2.35 million Seniors Alert Scheme – which was funded by the Department of Environment.

Now Donna wants to re-establish the Home for Help service in a space above the Vintage Café.

She continued: “We need to refurbish the upstairs. The hope is that with any surplus funds from the café, we can do this and pay rent and utility bills for the charity.

“Home Safe Home has a 24-hour monitoring pendant alarm and offers counselling and advocacy service for the elderly.”

The two Clondalkin sisters have hired two staff members – previously unemployed mothers – for the café, and plan to hire further staff off the social welfare should the business progress.

Donna continued: “It’s early days, but so far so good. The feedback on the food and the décor has been great. Our ice-cream is absolutely to die for. We are supplied by Storm in a Teacup from Skerries.”