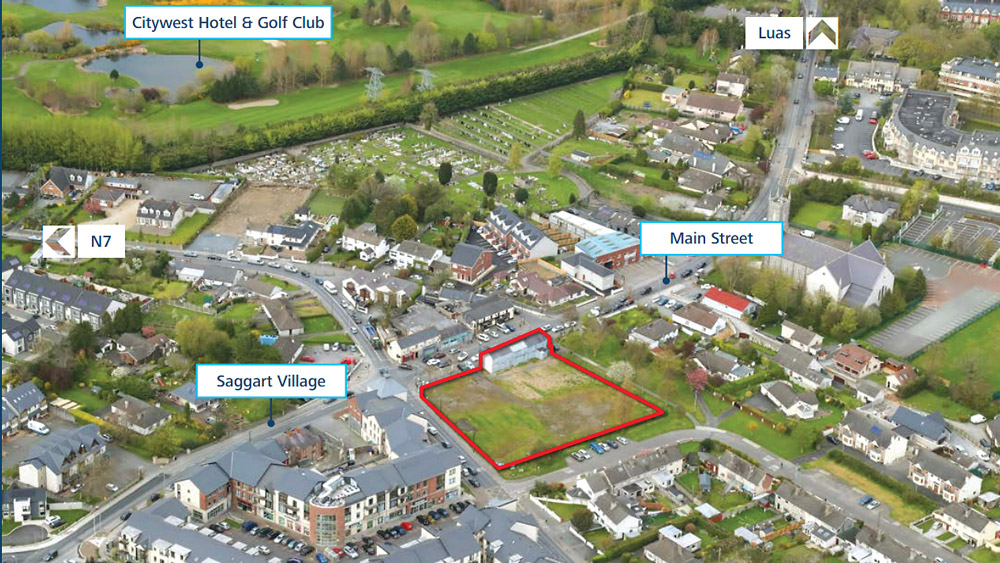 An aerial view of the former Saggart Arms Pub site

LANDS in the heart of Saggart Village, which have planning permission for 28 residential units, will go to auction with a reserve of €1.4million.

Located at the junction of Main Street and Boherby Road, the 0.89-acre land has been described as a high-profile development site.

Situated around 750m from the Saggart LUAS stop, the site is a highly accessible location with direct access to the N7.

The brownfield property is zoned ‘VC’ for Village Centre under the South Dublin County Development Plan 2016-2022, which caters for a range of commercial and residential uses.

An auction has been planned for this property and it is scheduled for 12pm on Thursday, May 12 through the online auctioneer platform, Offr.

There is a deposit of €5,000 required to take part in the auction, which is refundable to unsuccessful bidders. 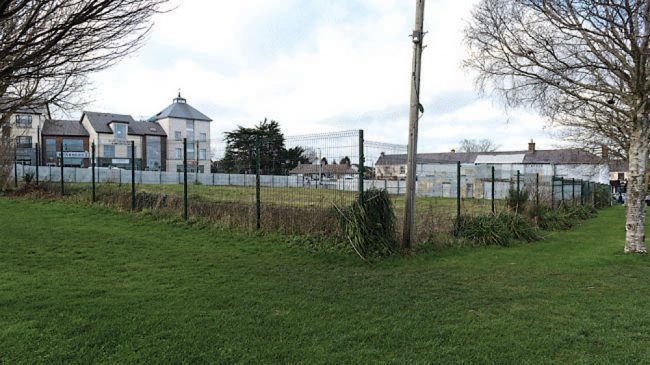 The site from the back of the pub

Deemed to be derelict following concerns from local residents, the site was sold to Maxol for a price in excess of €1.5 million at the beginning of 2015 through agent Kelly Walsh.

In 2018, Maxol gave Thomas McMullan permission to apply for planning permission on the lands and he did.

Permission was obtained for this mixed-use development.

An inspection completed in December 2018 noted that the property “is a prominent site in the centre of the village with part of a disused public house on the site facing onto Main Street”.

This disused public house is the former Saggart Arms pub.

That inspection, which was carried out by the local planning authority, drew the conclusion that the site had “a lack of any productive uses on site” and that the “site being idle does not provide for an efficient use of the available public services and facilities which serve the subject site”.

Notices of proposed entry on the vacant sites register was issued to Mr McMullan on October 31, 2018, by South Dublin County Council.

In January 2019, this decision was appealed to An Bord Pleanála by Mr McMullan and Maxol Limited. Who claimed that works were carried out on the site throughout 2021.

On January 31, 2022, after some back and forth, the Board ultimately concluded that the vacant site levy applied for the year 2020 and upheld the demand for payment of €98,000 – which is seven percent of the current site value.