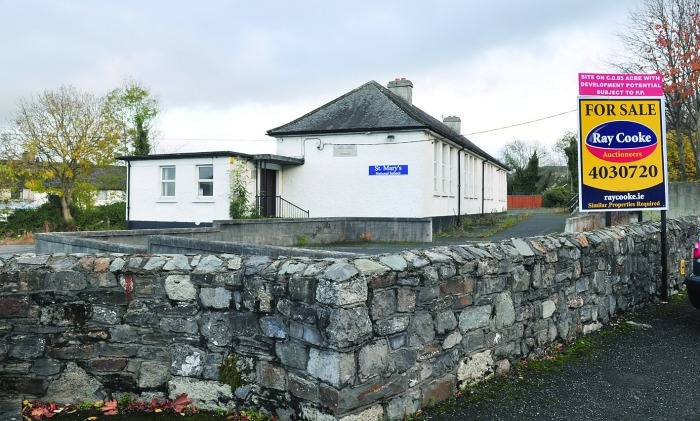 SAGGART is celebrating this week, after the Archdiocese accepted an offer from South Dublin County Council to buy the former St Mary’s national school site – which will now be developed into a community centre.

In recent weeks, tensions were high in the area after a number of offers were placed on the site, with one private offer believed to have been under serious consideration by the Archdiocese – which owns the land.

In the hope of securing the site for community use, a petition was set-up, numerous meetings held and constant emails sent to local politicians – all calling for the protected school building and its lands to be sold to the council.

This week, however, people-power prevailed after the newly appointed parish priest for Saggart, Brittas, Rathcoole and Newcastle, Fr John Gilligan, confirmed that the parish had accepted the offer from South Dublin County Council.

Speaking with The Echo, Fr Gilligan said: “There were many local offers but having met a number of times with the residents’ association and seeing the great need in the community for a centre I was happy to accept [the council’s offer].

“Saggart parish has a debt of €1.2m following the new roof on the church and other outside works and the sale [of the St Mary’s site] will help ease our debt.

“The school has been vacant for over two years and it will be great to see it in use again.

“I encourage the community to make use of it and I have no doubt it will bea great resource to Saggart. This is a win-win for both Saggart parish and community.”

In a statement, the Saggart Village Residents’ Association (SVRA) said: “SVRA’s recent campaign to keep the old St Mary’s National School for use as a community centre, which was supported so strongly by the local community, means Saggart village has now secured a multi-purpose community centre which will benefit all in our community, for now and for future generations to come.

“SVRA has been overwhelmed by the support of the community during this campaign and this result is a great tribute to community power.”

Welcoming the decision, Sinn Féin councillor Dermot Richardson said that credit needs to be given to the Saggart community, with their campaigning and dedication to the development of their area pushing the deal over the line.

When contacted by The Echo, South Dublin County Council said: “The council is delighted that the bid for St Mary’s old national school has been successful, which will prove to be an invaluable community centre for Saggart.

“The council’s community team will work with local community groups on the future of this facility.”