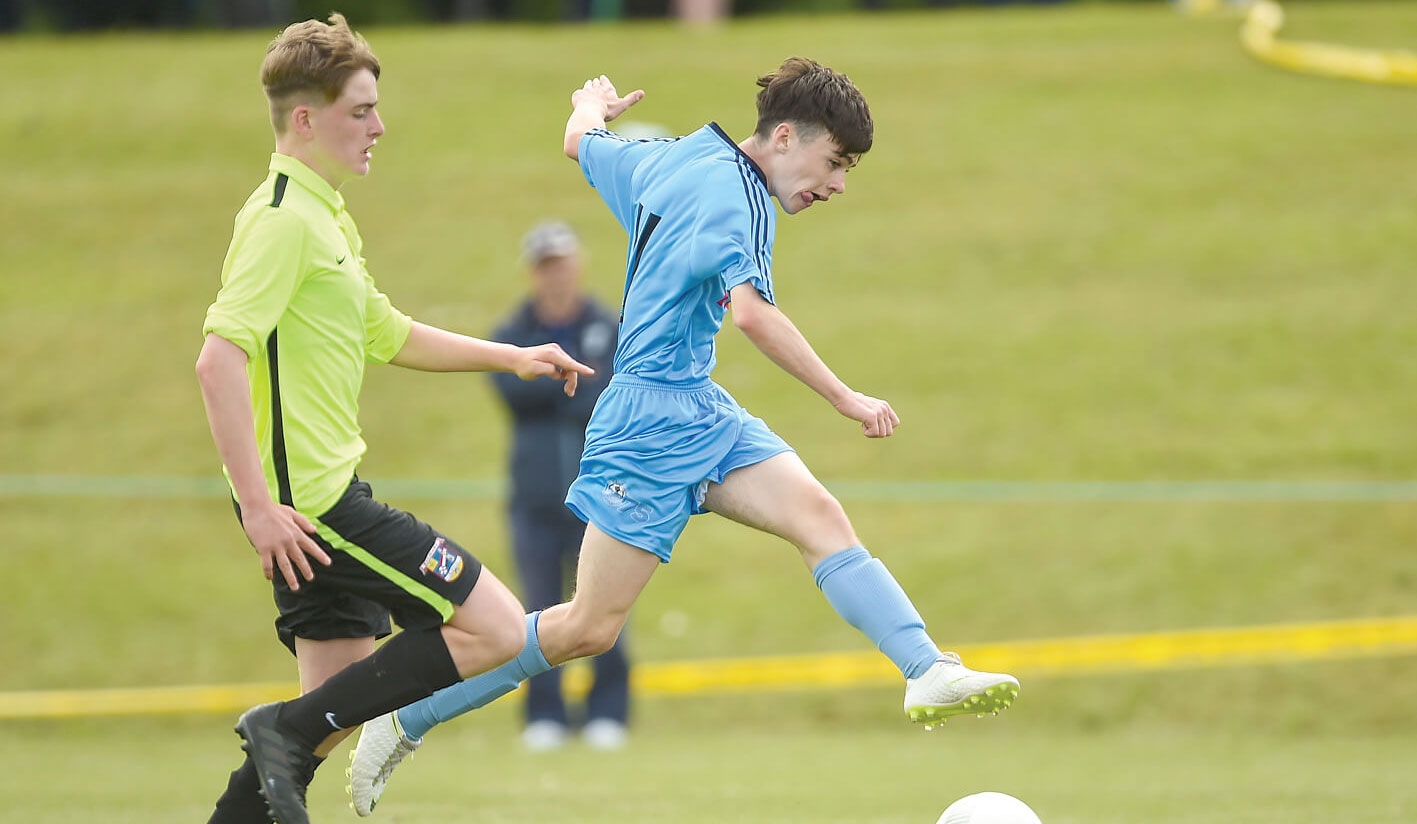 Quinn to make a big start to the year

2019 is sure to prove a pivotal one for young Cherry Orchard striker Ben Quinn.

Lighting up last year’s Kennedy Cup with a sensational hat-trick in the final that saw the Dublin and District Schoolboy League beat KDUL 4-2, Quinn has since made an impressive start on the international front with the Republic of Ireland Under 15s.

Cherry Orchard's Ben Quinn is set for a big year ahead

Indeed, he hit the decisive goal in their 1-0 victory over Poland and is now preparing to lead the side into a string of top international ties against Spain, Netherlands and Hungary from January 30 to February 3.

It is after that tournament, that the highly rated striker is expected to confirm a big move to a cross-channel club.

He has been away on trials with the likes of Celtic, Manchester City, Norwich, Sheffield United and Derby and has a number of other clubs like Middlesbrough, Leeds United, Bournemouth and Wolves also interested in securing his services.

Quinn was among the 11 contenders for ‘The Echo 2018 Sports Star of the Year’ Award and his performance went a long way to seeing the DDSL Kennedy Cup squad also in among the ‘Team of the Year’ nominees.

The upcoming tournament in Spain is sure to be a significant one for St Patrick’s Athletic defender James Abankwah and Shamrock Rovers striker Edwin Agbajwe who are among four players selected in the squad for the first time and so are in line to make their international debuts.

“We had an assessment game leading in before Christmas,” said Ireland Under-15 Head Coach Jason Donohue. “The four lads did really well and deserve this opportunity.”