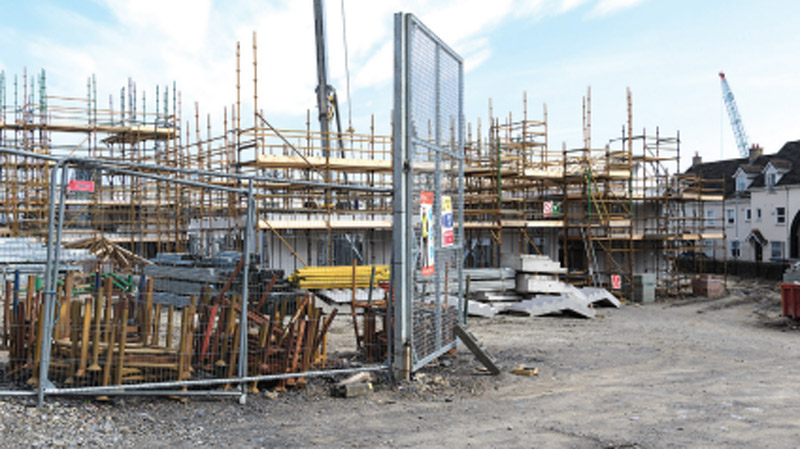 REMEDIAL work on the partially built housing scheme just off the Old Knocklyon Road in Firhouse is expected to commence in May, after work on the site stopped last February.

The rapid build social housing development was first mooted in 2018, for the site at the Homeville end of the Old Knocklyon Road, bounded by Firhouse Road and the M50 motorway.

Speaking to The Echo last month, Fine Gael councillor Brian Lawlor said: “Lots of stuff is damaged that will now need to be replaced, like plasterboard.

“The houses are about 50 per cent finished, they still need the roofs to be put on and all of their stock has been left exposed.

“It’s meant to be a rapid build, but it’s not very rapid. We need the contractor back in, straight away, to get these houses built – we’re in the middle of a housing crisis.”

The issue was also raised by local Independent councillor Alan Edge at an area committee meeting on Tuesday afternoon, when he asked South Dublin County Council for an update on the housing scheme and an explanation for the delay.

“An updated programme is currently being finalised by the Council’s Architectural Services Department with the principal contractor for the social housing development,” the local authority stated.

It added that this programme will reflect amendments to the initial programme caused by “the combined impact of supply chain challenges, labour resourcing difficulties, sub-contractor performance and inflationary issues.”

Cllr Edge told The Echo: “We have been advised that remedial work on Homeville will commence in May.

“The delay caused by ongoing supply and other issues relating to the current global situation is really regrettable given the urgent need for social housing in our LEA.

“Councillors acknowledged the concerns of residents and social housing applicants and expressed the hope that the delay to this much needed housing coming on stream be as short as humanly possible.”

The Echo previously contacted Forrme, the contractor for the Watercourse Grove development, for comment, but a response wasn’t received.