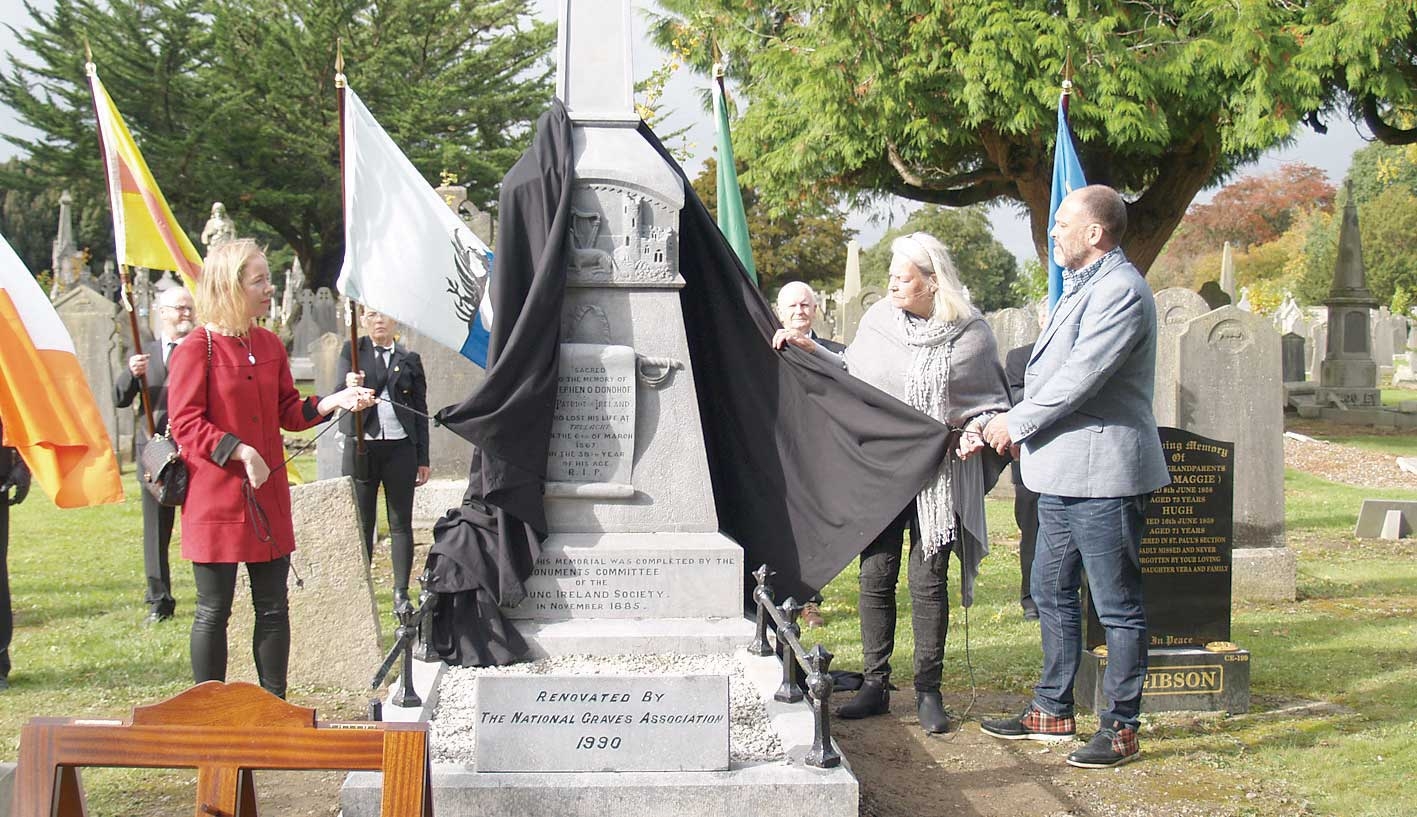 Remembering historian Dr Shane Kenna and the Battle of Tallaght

A ceremony was held in Glasnevin cemetery last Saturday to officially unveil the newly restored monument to the Tallaght Martyrs.

The commemorative tribute was originally commissioned, and recently renovated, by the National Graves Association to commemorate the event that is known as the ‘Battle of Tallaght’ where 150 Fenians were ambushed on the road to Terenure by policemen from the RIC barracks in the South Dublin village.

The late historian Dr Shane Kenna, who sadly passed away last February, was remembered at the event.

The former Seskin View Road resident was one of the foremost authorities on the Fenian movement.

Dr Kenna’s partner Edel, mother Olive, and brother John were invited to unveil the monument in his honour.

John Kenna spoke briefly saying: “I’d like to thank organisers for inviting my family to the event, and remembering Shane at it.”

Event chair Seamus Ó Mídeach, of the National Graves Association, spoke about why the monument was originally commissioned, and the efforts to restore it, of which sculptor Robbie McGowan was warmly thanked.

Lorcan Collins, acclaimed 1916 tour guide, and close friend of the late Dr. Kenna, then spoke about the Fenian movement in general. He remarked at the start of his speech: I am giving this speech by default, as Shane should be here making this speech, as there was none with the foremost knowledge on the Fenians as Shane, but sadly he is not”

After the unveiling, the late historian’s mother Olive Kenna spoke to The Echo: “It was such a lovely event, and such an honour and a privilege to do it in Shane’s honour.”

A book the writer had completed on The Invincibles, a militant Fenian group of the 1880s, was found on his laptop after his passing, and is scheduled to be published in the new year.