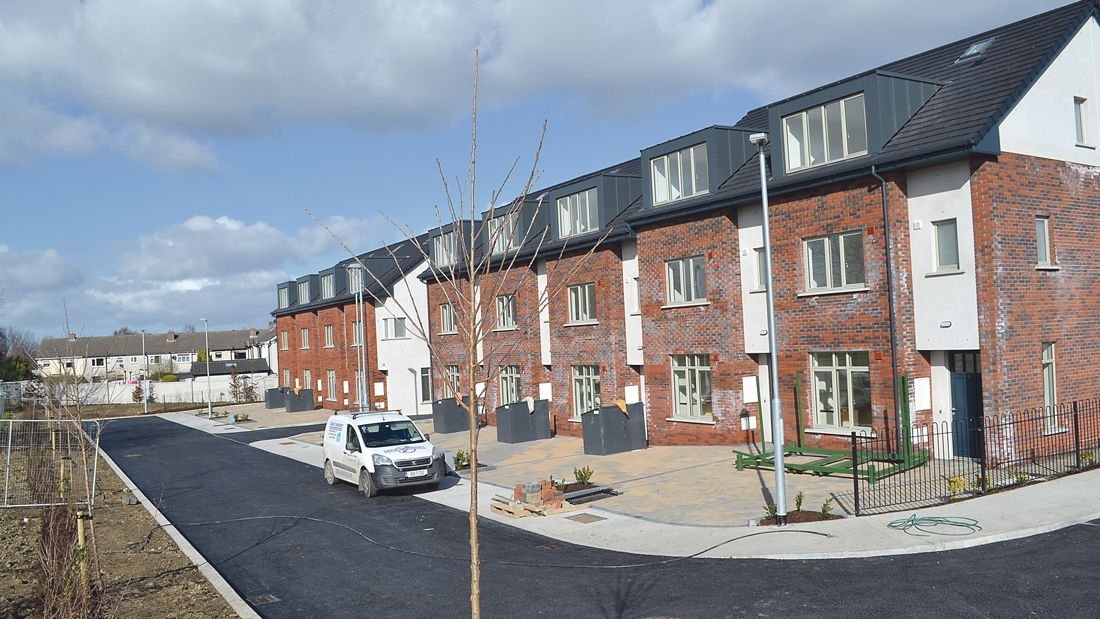 RESIDENTS have started moving into a new 13-house development in Balrothery in Tallaght, which was bought by approved housing body Clúid Housing earlier last year.

The estate is made up of 13 three-storey homes, which were listed on South Dublin County Council’s Choice Based Letting system under the name Balrothery Rise last year, before being allocated to social housing tenants in November and December 2019.

The development in Balrothery

Independent councillor Mick Duff, who lives near the development, told The Echo: “These houses were allocated some time ago, and I'm delighted to see people moving into them.

“It’s a new addition to the community in the local area, and there are also some people from the local area who are moving into those houses.

“It will benefit local businesses, and hopefully, when the new library opens, they’ll use that too. It’s a win-win for everyone.”

Cllr Duff added that the housing crisis is still rumbling on in the midst of the pandemic, and that it’s important that people continue to be housed in affordable housing.

As with all of its housing schemes, Clúid Housing worked with the local authority, in this case South Dublin County Council, in allocating the new social homes and Clúid are now managing the estate going forward.

A spokesperson for Clúid Housing was contacted for comment, but a response was not received in time for print.