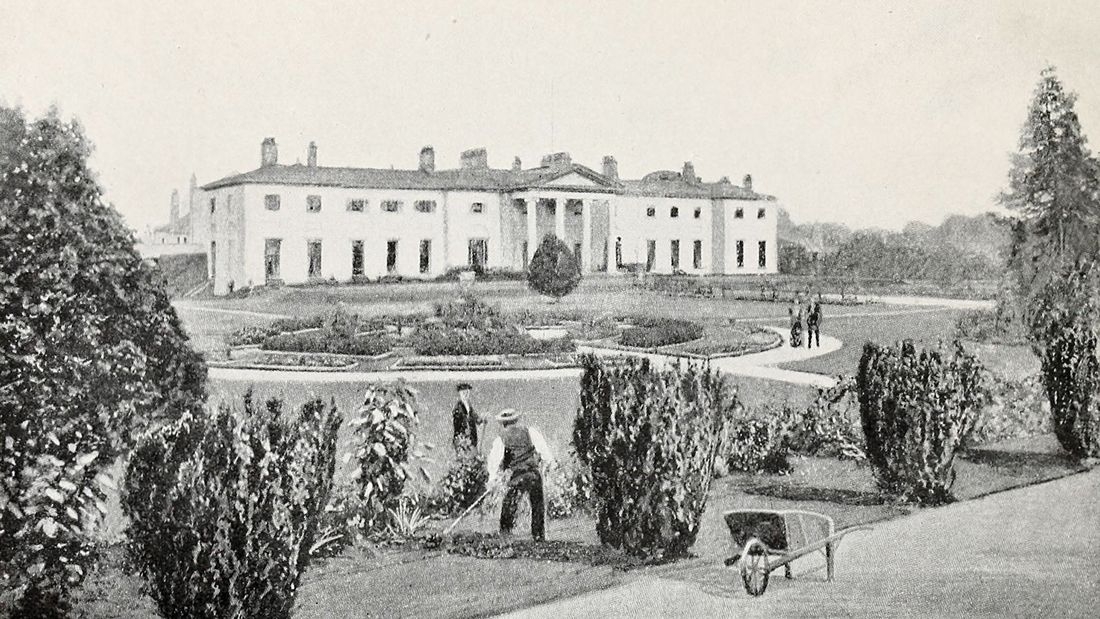 Labelled a ‘Park Mystery’ in the press, the circumstances surrounding the death of a Lucan man and a British soldier after a confrontation in the Phoenix Park in 1919, was unusual in its circumstances.

In the early hours of the morning of December 28, 1919, British soldiers posted at the Viceregal Lodge in the Phoenix Park were alerted when they heard gunshots being fired close by.

An armed party of British soldiers, under the instruction of Second Lieutenant Frederick Boast, moved out from the Viceregal Lodge to investigate the shots.

When the soldiers came to Chesterfield Avenue, they met Laurence Kennedy, who was making his way through the park at the time.

The Lucan man had been discharged from Dr Steevens’s hospital the day before with a head injury and was reported to have been making his way home through the park.

According to reports, Kennedy had been asked a number of times by the soldiers to stop moving forward, however, he did not. Subsequently, a struggle between Kennedy and the soldiers ensued which resulted in the shooting and killing of both Kennedy and the head of the patrol, Second Lieutenant Boast.

The following day, there was major speculation in the media surrounding the incident, with newspapers reporting various rumours including that there had been a machine gun firing from the direction of Laurence Kennedy and alternatively that the guards had shot into darkness at what looked to have been a group of civilians.

After much speculation, the details became clear after an official inquiry into the incident was launched. Questions and inconsistences arose surrounding whether Laurence Kennedy had been in possession of a revolver at the time.

A statement made by Laurence Kennedy’s brother Michael Kennedy detailed how Laurence was deaf in one ear after having fallen off a horse, giving understanding as to why he may not have obeyed the orders of the soldiers at the time.

Furthermore, Michael Kennedy stated that he never knew his brother to own a revolver.

According to varying statements by the soldiers who had been on patrol, Kennedy physically attacked and then shot Second Lieutenant Boast with a revolver which had been in his possession, resulting in Kennedy being shot by a member of the patrol.

However, the inquest found that there was inconsistences between the soldiers’ statements, with one soldier being unable to clarify whether he had seen Kennedy with a revolver and another soldier alleging that the Lucan man had attempted to take the revolver belonging to Second Lieutenant Boast.

After the investigation into the circumstances of the death of Laurence Kennedy and to Second Lieutenant Boast, the jury on duty for the inquest returned their verdict on the incident ‘in accordance with the medical evidence’.

They found that Laurence Kennedy had been killed on his way home by a military patrol and Second Lieutenant Boast had died accidently after being shot by a solider from his own party.

Despite the jury finding Laurence Kennedy innocent and stating that they think the military ‘acted in a most heartless manner’, the soldiers who had been on patrol that night were not given any punishment.