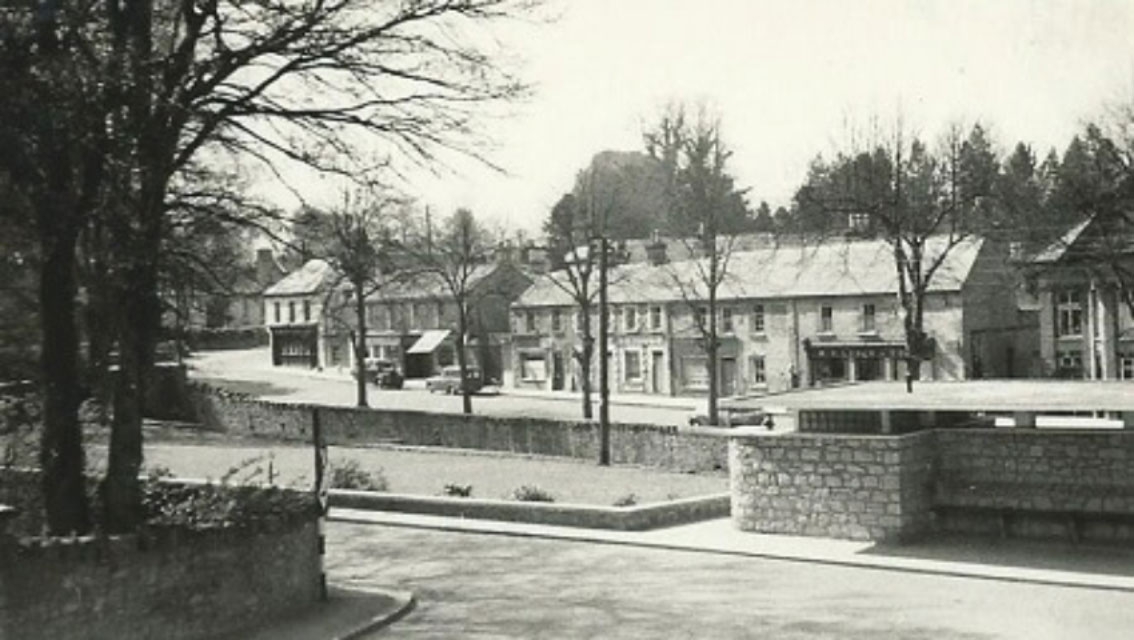 For this week's Rewind we are hopping back on the 68 bus and heading as far as Clondalkin Village, whereupon we disembark, cross the road and hop on a 76 to Liffey Valley Shopping Centre.

We then walk through the centre and come out the other end, go down the steps to the bus stop on the N4 to catch a 27 bus to this week's destination – Lucan Village.

While archaeological finds have shown evidence of a settlement in the Cooldrinagh area (which is beside Weston Airport for anybody, like me, who is not too familiar with the area) that existed from before the 1100’s, the first proper settlement is estimated to have been sometime not long after 1159, when the Norman’s began settling in Ireland.

King Henry II, the King of England and Duke of Normandy and Acquitaine in Northern France, who was asked by Dermot MacMurragh to help him reclaim his lands in Ireland, gave the area now known as Lucan to an Allard Fitzwilliam.

The Fitzwilliam name is said to originate from Buckinghamshire in England, and the noble family were granted a number of other sizable land plots, including the area that is now Mount Merrion and Blackrock.

The ownership of the lands later changed hands to the Sarsfield family.

William Sarsfield, later knighted, received the Manor of Lucan including two castles, two water mills, 50 acres of land and 100 acres of woodland from the Minor Cannons of St Patrick, and he and his brother Patrick at different times held the prestigious title of Lord Mayor of Dublin.

But it is Patrick that many people will recognise, as he is lauded as one of the key figures who sought to propel the forces loyal to William of Orange in the various battles at The Boyne, Athenry (in Galway), and Limerick, whilst displaying his own loyalty to the deposed former British King, the bumbling and cowardly James II.

After the treaty of Limerick was signed, Sarsfield sailed to France, where King Louis XIV made him a Lieutenant General in the French forces.

His first battles on the battle of Les Blues was in the Flanders region of what is now Belgium.

One of the key commanders he fought against in Ireland was one Baron Van Ginkel who was born in Utrecht in The Netherlands.

Remarkably, when the Baron found out his once great foe was just 200km away (Around 2 hours drive today, but a journey of days back then) – he sent him a gift of two fine horses, as a de facto congratulations and respect for the now French soldiers military guile and prowess.

Research has shown that by 1649, William’s grandson of the same name had expanded the dwelling in Lucan into a de facto castle, and the settlement had a population of 120 people (compared to nearly 50,000 in the latest Census figures).

When Patrick’s niece married, she took the name Vesey, and the lands were now in the control of the Vesey dynasty.

It was her son Amongdosham who built the grand Mansion of a house that is referred to as ‘Lucan House’, which he abolished the castle to construct.

He was also a man of some accomplishment, who at one time held the titles of an MP and Accountant-General of Ireland.

Again this is a house which bears similar resemblance to other grand dwellings featured in this column in the past, principally Rathfarnham Castle.

There was a grand ‘oval room’ and some have gone so far as to claim it was the inspiration for the ‘oval office’ in the White House no less!

At the time of the ‘Griffith Survey’ a Charles Colthurst was registered as the then owner of the house, as he had married into the Vesey family.

In 1954 the house had remained idle for a number of years and was beginning to suffer from dereliction and decay.

This was the year the house was bought by the Italian Government, who financed a grand restoration of the building.

The dwelling is still today the official residence of the Italian ambassador in Ireland.

A good chunk of the land that once belonged to the owner of the house is now a public park upon which people can walk their dogs, or feed the ducks on the riverfront.

Today Lucan Village is a busy place that has overall retained it’s rustic, quaint character, and is a lovely spot to sit outside a café and enjoy a coffee on a summers day.

It also has a few public houses in it’s environs that are known as purveyors of good food, and a grand spot to pop into on a Sunday Afternoon for Sunday dinner.

So why not ramble on down there this weekend?