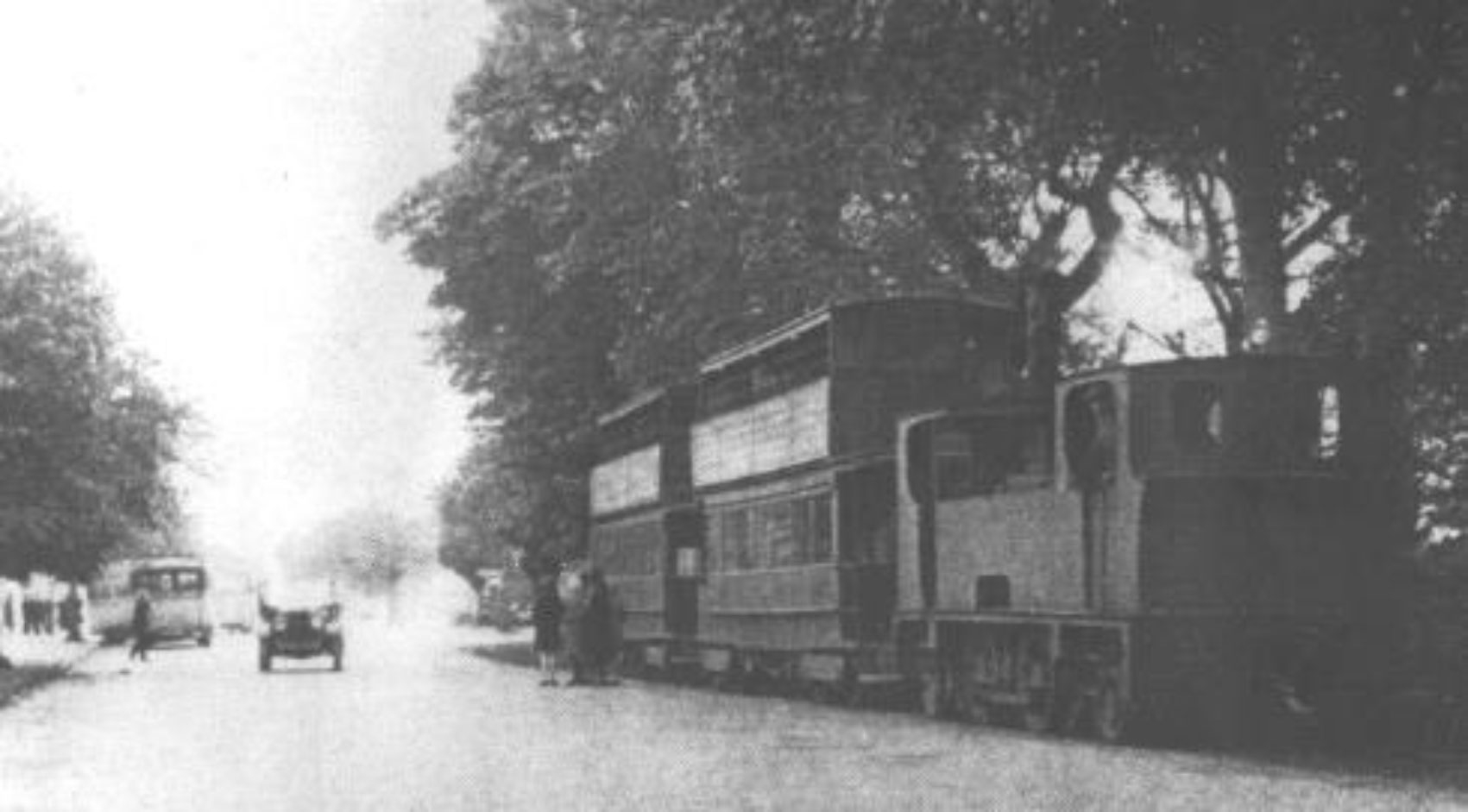 This week we are hopping on the 16 bus back into town, walking down College Green and turning onto Hawkins Street to board a 69 bus.

This bus will take us up through Inchicore, down the Naas Road, through Clondalkin Village and Saggart Village where we disembark at today’s place of interest  - Rathcoole.

An old tram in Rathcoole

Any place-name that has ‘Rath’ in the name denotes a fort or forts in the area, and there are four within the confines of this South Dublin Parish.

There are some small lakes in Rathcoole that link to two different rivers at either side of the town.

On one side we have the Griffeen River which rises in Saggart Hill, flows through Griffeen Valley Park in Lucan before joining the River Liffey at Lucan Weir.

The other is the Camac River, which rises in Ballinascorney, passes through Corkagh Park, through Inchicore and also joins The Liffey near Heuston Station.

It is this mass of water that gives the “Camac Stand” it’s name in St Patrick’s Athletic’s Richmond Park stadium.

Rathcoole town had a licence back in the day to hold three Market Fairs a year, gaining permission for these highly sought after significant one-day events upped the status of an area no end.

There once stood a famous school in the village, The Mary Mercer Charter School for Girls.

Mary was the daughter of a Fellow of Trinity College, who was a man of significant wealth, and when he died his spinster daughter inherited his vast wealth, which she sought to use for good causes.

The most notable thing she was known for was the creation of Mercer’s Hospital near St Stephens Green, while one of her other projects was the school.

When originally setup only Protestant girls were able to attend, of which 50 resided in and were taught there.

When the emancipation came into being, Catholics and those of other Christian faiths were also accepted in this notable educational dwelling.

There was a farm attached to the school, and it formed one part of the school’s ethos, that girls would be expert in carrying out various household duties, be it milking cows or sewing buttons onto a shirt.

Another significant building was Rathcoole House, which was built by the Clinch Family sometime around 1750.

On the lower level we had the kitchen and the milling room, were various tillage was taken from the surrounding land and milled for later eating.

Above them was a large hall, a dining room, and the mainstay of fancy houses in Ireland at that time; a Drawing Room.

There was five bedrooms to boot, and they were located on the third and final floor.

The house was inhabited until 1962, when it and the surrounding lands were sold to a property developer.

A short distance from the village, across the N7 is Baldonnel Aerodrome.

The airfield was first used the Royal Air Force in 1917, and it then formed part of the RAF’s “Ireland Command”.

In 1922 the aerodrome came under the command of the Free State Army, and it became the headquarters of the newly established Air Service.

At that time there were 14 pilots based at Casement, and they flew 13 aircraft from the facility.

Today approximately 750 personnel form part of the Irish Aer Corps, and they operate 17  Aeroplanes, and 10 Helicopters, of various sizes and makes.

A key role the planes here play is in helping people who need life-saving transplants, be it transporting donated organs from one end of the country to the other, or airlifting sick patients to the UK for emergency operations that cannot be performed here.

On the 12th of April 1928, the name South Dublin runway echoed across the world when Commandant James Fitzmaurice joined Baron Húnefeld and Hermann Kóhl in their Junckers W33 “Bremen Aircraft” as they took off on what would be the first east-west crossing on the Atlantic by an Airplane.

On May 17th 2011, probably the most famous visitor of all, Queen Elizabeth II, touched Irish soil for the first time, as she exited the VIP jet that flew her from London’s RAF Biggin Hill Airport, for her first ever visit to the Republic of Ireland.

There is also a museum based in Baldonnel, but it is only accessible by prior arrangement through Aer Crops headquarters.

A weather station is also present, which relays data back to the Met Eireann headquarters in Glasnevin.

With the LUAS now only a short drive away in Saggart, the village of Rathcoole and it’s surrounds has more going for it then ever before, and it’s no surprise that houses on the area are much sought after when they go on sale.