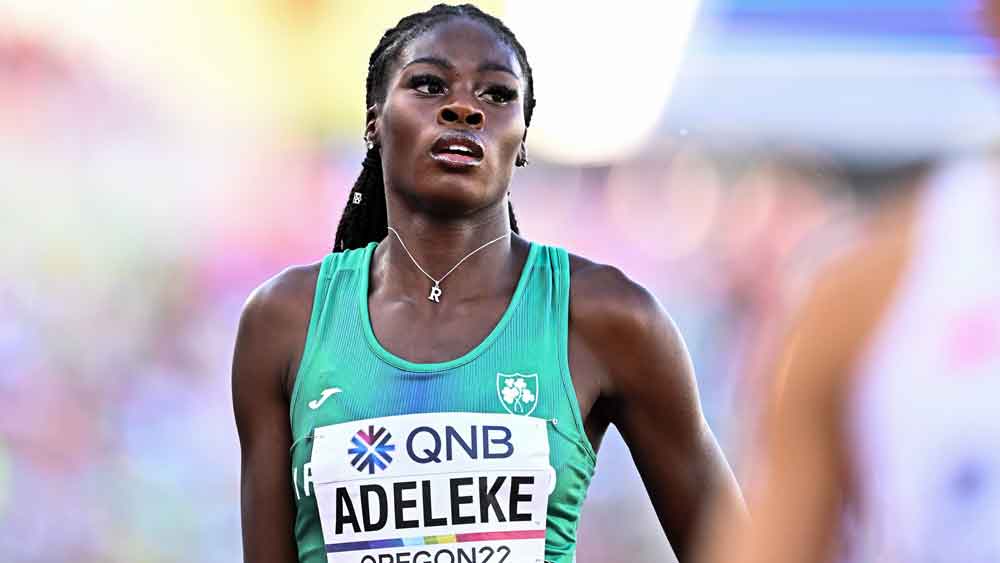 RHASIDAT Adeleke from Tallaght produced a stunning race in Albuquerque it the City of New Mexico, running a new Irish indoor 200m record at the weekend.

The 20-year-old was representing University of Texas in the Dr MLK Invitational with the former Tallaght AC posting a winning time of 22.52 seconds, the fastest 200m in the world this year.

The run beats her own previous Irish record of 22.85, set at the same venue last February.

At the same meet on Saturday, Adeleke ran 7.20 seconds in the 60m event, finishing in second spot behind team-mate Julien Alfred, whose winning time of 7.02 set a new NCAA record.

Only last week, Rhasidat raced for the first time since the European Championships in August, in University of Louisville, Kentucky.

Adeleke opened up with the 4x400m relay at the Cardinal Classic meeting, racing in the second leg, she ran 51.8-second split, taking the overall win.

It’s a fantastic start to the year for Rhasidat with the Paris 2023 Olympics in 18 months’ time.