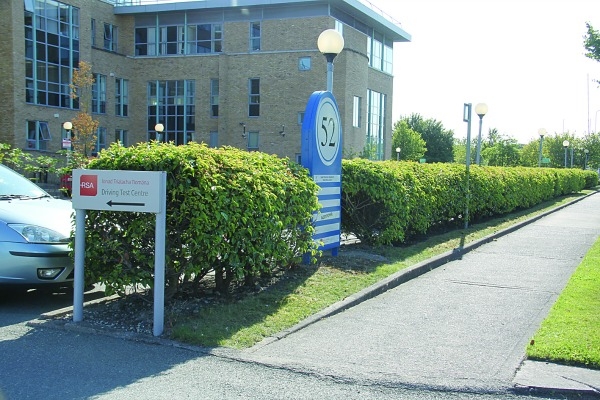 THE Roads Safety Authority (RSA) recognise South Dublin as an area with “the highest demand for driving tests in the country” - however Tallaght remains the only location for a permanent driving test centre southside of the Liffey.

Sinn Féin TD Aengus Ó Snodaigh has blasted the inability to find a suitable premises as “incompetence” on the part of the RSA .

He says empty commercial premises must be considered to tackle the inevitable increase in waiting times at the Tallaght test centre on Broomhill Road.

Rathgar driving test centre was closed in January following the purchase of the property lease by a new landlord.

This resulted in the RSA establishing two temporary locations in Churchtown and Dun Laoghaire.

Churchtown remains a “short-term arrangement” and Dun Laoighaire is “winding down” and expected to finish by May 28, according to RSA correspondence with Deputy Ó Snodaigh.

Deputy Ó Snodaigh said: “It is a ridiculous situation that there will be no driving test centre in the South City area – firstly Rathgar closed, now Churchtown and Dun Laoghaire.

“It is incompetence that the RSA has not found suitable premises in South Dublin other than Tallaght now to cater for the thousands of people trying to do their driving test. The lack of centres is obviously going to add to the length of time people are waiting for their test.”

He continued: “There are many empty commercial premises and even empty OPW properties, which could and should be considered as alternatives immediately as replacements for Rathgar, Churchtown and Dún Laoighre driving test centres.”

There are two driving test centres on the northside – in Finglas and Raheny.

The RSA said: “We are engaged with the OPW in locating a suitable test centre in the South Dublin area for the long term.”