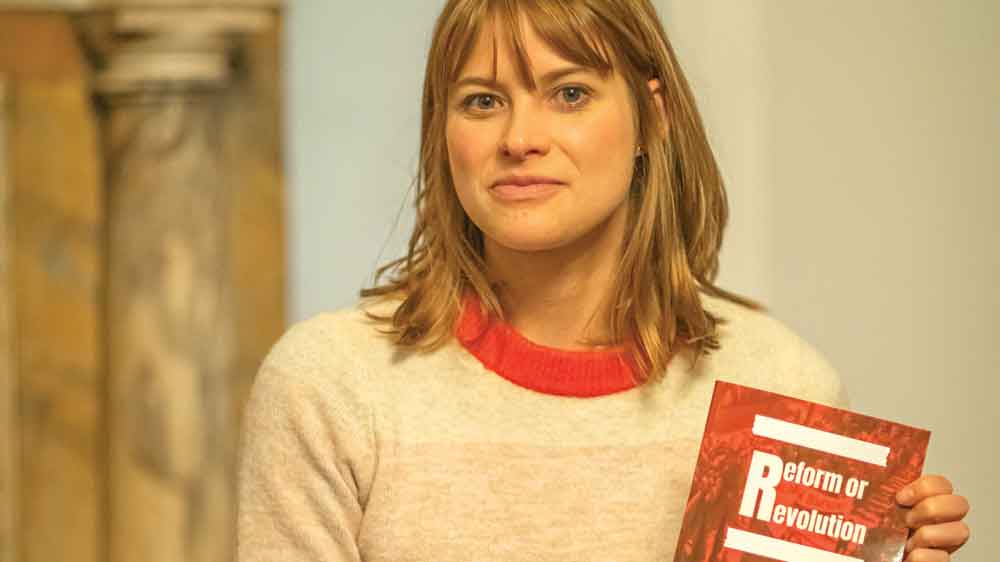 Cllr Madeleine Johansson with her new book, Reform or Revolution - Sweden, Socialism and the Welfare State

Rise and fall of the Swedish welfare state

THE rise and fall of the Swedish welfare state is the subject of a new book by Cllr Madeleine Johansson (PBP).

Cllr Johansson used her own experiences of growing up in Sweden as the background for a thorough examination of the welfare state in her first book titled Reform or Revolution- Sweden, Socialism and the Welfare State.

The book is published by Red Network, the socialist media arm of People Before Profit.

“People always ask me about the Swedish welfare state and it’s always difficult to give a short answer to those questions,” said Cllr Johansson.

“I was lucky to grow up at a time when we still had heavily subsidised childcare, free health and dental care for children, free school meals and much more.

But many of those services have since been privatised or cut back.

The South Dublin County Council rep, who says she is one of only nine migrant councillors in Ireland, wanted to answer questions about how the Swedish model came about, why Sweden is now “becoming the most unequal country in the world”, and whether or not the reforms won by workers in Sweden can be won in Ireland.

“There’s a lot of positive things to say about the so called Swedish Model but it’s not all that simple.

It was a product of its time and has since been deliberately dismantled.

I’m hoping that my book can give Irish workers an idea of what was won by Swedish workers, but also perhaps teach the lessons of how those achievements can be lost.”

The book is available for purchase at rednetwork.ie.