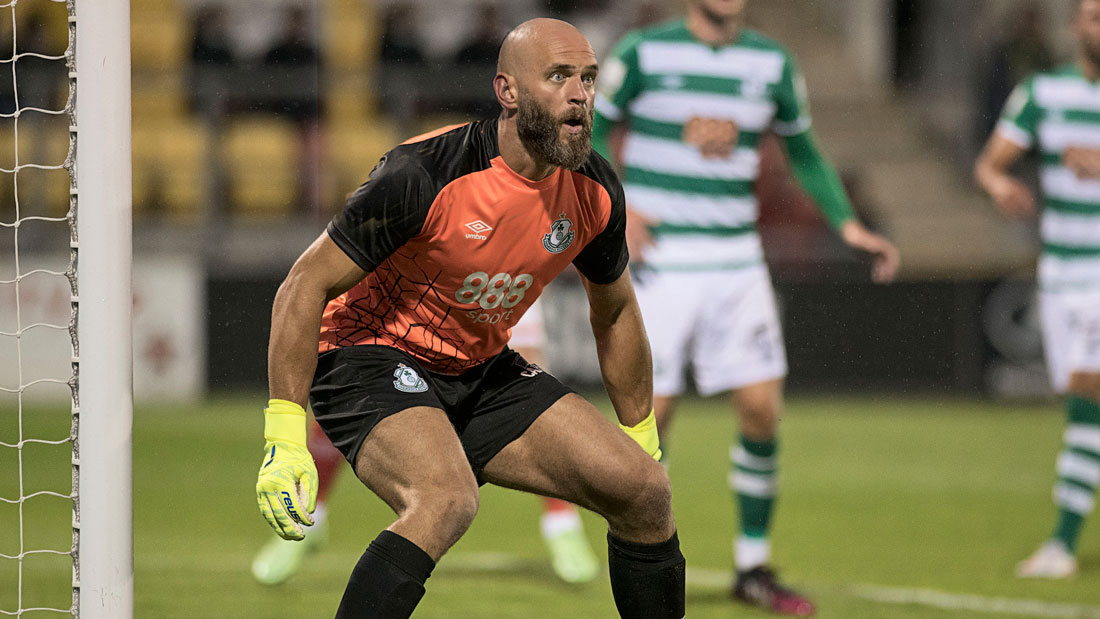 Andy Lyons struck the all-important goal in the 86th-minute at Dalymount Park this afternoon as Bohemians defeated Shamrock Rovers in the second round of the FAI Cup.

After Roberto Lopes cancelled out an Ali Coote opener inside the final-quarter, the Hoops’ hopes of a 26th Cup success remained alive.

That was before Lyons produced the game’s big moment to give Keith Long’s charges the spoils in this hotly-anticipated Dublin derby.

Following the disappointment of a UEFA Europa Conference League exit to Estonian champions Flora in Tallaght on Thursday, Rovers boss Stephen Bradley was hoping for an immediate response from his side.

Getting one over on their arch rivals provided them with an extra layer of motivation, but the Gypsies have been in fine form since overcoming a shaky start to 2021.

Still, the hosts breathed a sigh of relief when a Graham Burke shot rattled off the post inside the opening 20 minutes.

Aside from that, clear-cut opportunities were few and far between during the first half.

The sides were ultimately scoreless at the interval and it looked like it would take something special to break the deadlock.

Having marginally cleared the crossbar off an earlier free-kick, Coote superbly fired a set-piece beyond the reach of Rovers netminder Alan Mannus on 55 minutes.

This threw down the gauntlet to the visitors and Bradley consequently looked to his bench for inspiration.

Danny Mandroiu and Dylan Watts were introduced in place of Joey O’Brien and Chris McCann respectively as Rovers looked to increase their attacking intensity.

Aidomo Emakhu was also thrown into the mix, but it was one of their defensive stalwarts who got the Whitestown Way side back on level terms.

Pouncing on a loose ball inside the area, centre-half Lopes found the net with just 13 minutes of normal time remaining.

This left the tie delicately poised and after Finn and Bohs striker Georgie Kelly were both dismissed, it was difficult to predict what direction the proceedings were going to take.

Extra-time appeared to be looming large at the very least, until Lyons drove into the box and curled a left-footed strike to the Rovers net.