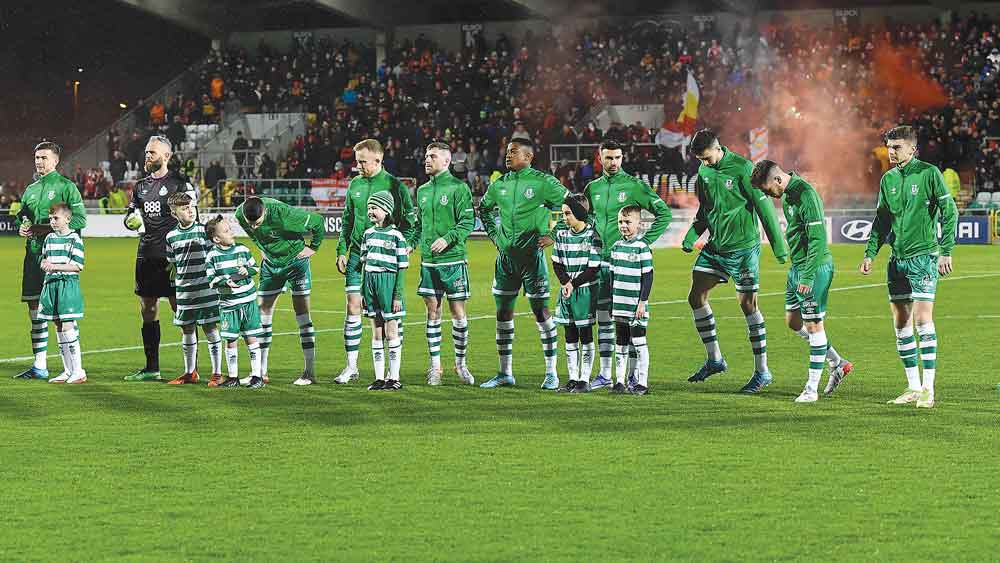 SHAMROCK Rovers will continue their quest for a first victory in Group F of the UEFA Europa Conference League when they welcome Norwegian side Molde to Tallaght Stadium this evening (kick-off 8pm).

This will be a quick reunion between the two teams, following their clash at Aker Stadion in Molde last Thursday.

The Scandinavians had much the better of the exchanges in that game with a brace of Ola Brynhildsen goals being supplemented by an Etzaz Hussain finish on 58 minutes.

As a consequence of losing out 3- 0 for the second successive time in Europe, Rovers are now rooted to the foot of the group table.

Yet there is a glimmer of hope for the Hoops coming into tonight’s clash against Erling Moe’s side.

Whereas their away form in Europe this season has been less than stellar, their record on home soil is close to impeccable.

Across the UEFA Champions League and Europa League qualifiers, the Hoops played four times in Tallaght and came away with wins on every single occasion.

They began the Conference League group stages with a scoreless draw against Djurgardens at home and the Swedes have since gone on to record back-to-back victories at the expense of Molde and Gent.

When you consider two of the teams Rovers have beaten thus far in Tallaght this year on the continent (Ludogorets and Ferencváros) are both in the Europa League group stages, there is no reason why Stephen Bradley’s men can’t leave their mark in south Dublin once again.

Of course, the race for a third consecutive league crown is also high on the Hoops’ agenda and this led to a number of big-name players being held in reserve for last week’s duel against Molde.

In total, just five of the team that started in Norway were retained for a crunch encounter with Shelbourne in Tallaght three days later.

This move ultimately paid off on the domestic front with Rory Gaffney (who missed out on a starting berth away to Molde) firing home a crucial 95th minute goal to give Rovers a 3-2 victory over Shels.

Given his side will have another quick turnaround in advance of facing Drogheda United at Head In The Game Park in the Premier Division on Sunday (kick-off 5pm), it will be interesting to see what approach Bradley takes when naming his side for tonight’s game.

Because they will be playing in front of a partisan home support at a packed Tallaght Stadium, it is more likely the Hoops boss will stick as closely as possible to his first-choice 11.

Sunday’s showdown with Drogheda remains a big game as they look to make it three league titles on the bounce, but Bradley and his players came into the Conference League with plenty of ambition and will be doing their utmost to fulfil it in the final three games of their group campaign.

NEWER POST‘We were told to go away and enjoy Christmas, kind of thing’
OLDER POSTHurler Karl tells his story of ‘Growing with DLD’