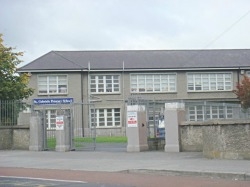 St Gabriel’s have invited parents to attend meetings at the school this week,
to discuss plans for a proposed change of status.

In December, plans to amalgamate four primary schools in Ballyfermot containing 1,000 kids – were deemed “not tenable” by the Archdiocese of Dublin. This followed a lengthy battle by parents, and some members of staff at the schools, to prevent the amalgamation going ahead.
The initial plan was to amalgamate De La Salle, St Michael’s, St Raphael’s and St Gabriel’s, into two co-educational facilites by September 2015 – which led to a mixed response in the community. Read full story on page 4 of this week’s Echo, Ballyfermot Edition 22nd January 2015.