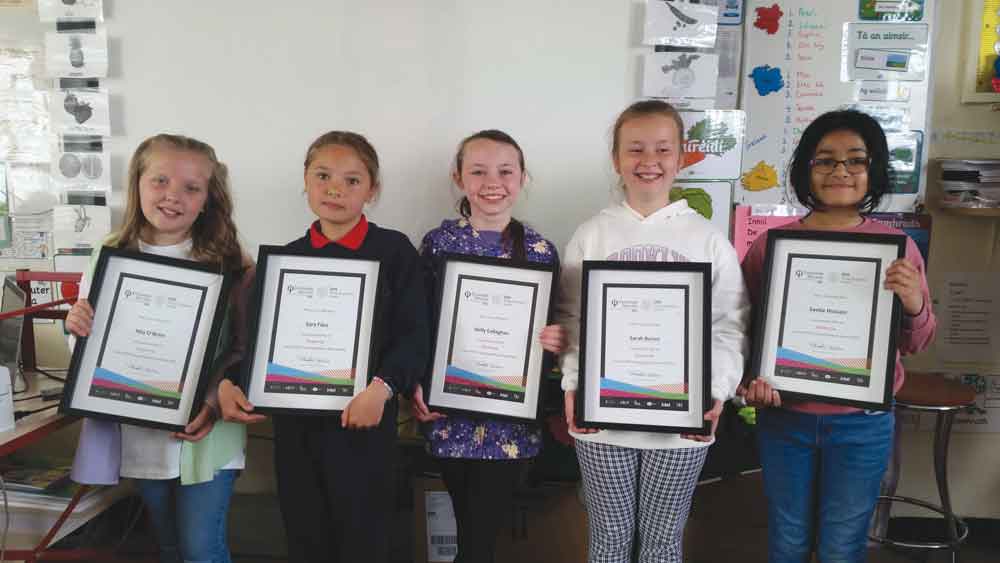 The Young Engineers Awards aims to empower third and fourth classes to explore engineering through the development of their own project to improve their local community.

Students began by creating and annotating a design. Then, they created a prototype using all recycled materials.

With their prototypes created, the students presented their projects in December to an engineering judge via Zoom. 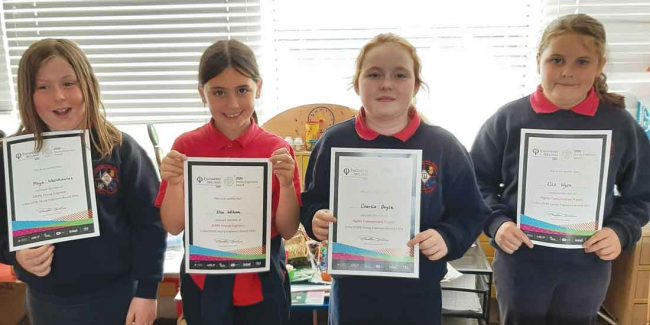 Two of Scoil Áine’s projects claimed a coveted spot as one of the six finalists picked of almost 500 entries nationwide.

Together, the girls from Scoil Áine secured the incredible achievement of second and third place nationwide.

The STEPS Young Engineers Online Awards Ceremony was held on May 25.