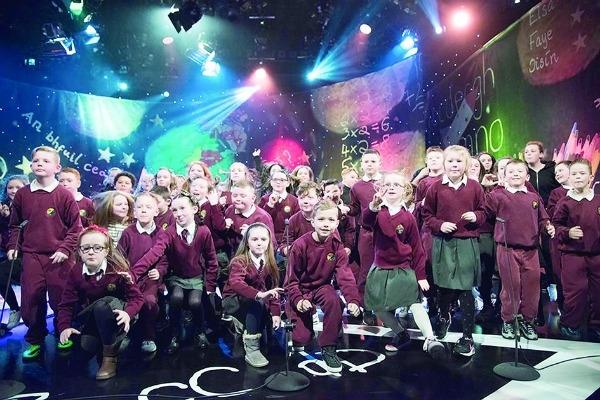 THE pupils of Scoil Chaitlín Maude wowed audiences across Ireland recently as they made an appearance on the TG4 show Cleas Act, reports Laura Lyne.

With amazing dance moves, bubbly personalities and a memorable performance with Seo Linn, the Killinarden school was one of the highlights of Sunday’s television line-up.

Some of the pupils featured on the show included Syesha Lily Ní Bhroin Ní Mhurchú, who has previously featured in The Echo with her dancing skills which have seen her win an extensive collection of trophies in competitions around Europe.

Trinity student president Lynn Ruane, who is from Killinarden, was amongst the crowd of parents who cheered their children on throughout the show.

Cleas Act is loosely based on the popular and famed RTÉ show School Around The Corner, and features a different gaelscoil each week.

Following their appearance on the show, the pupils received a special message from pop band Walk The Moon, thanking them for putting on an amazing performance of their hit song Shut Up And Dance.