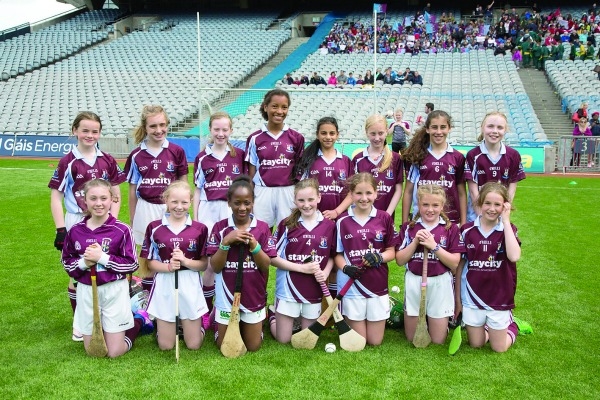 AFTER a number of years knocking on the door of a title, Scoil Mhuire National School girls in Woodview finally got their hands on the prize when they beat Scoil Bhríde GNS for the Sciath INTO on Monday.

The third girls team from the Lucan school to make it to Croke Park and the first to win, this Scoil Mhuire side were out of sight by the halftime break as they powered to a 10-3 to 0-0 victory.

Sara Lovett led the charge for the eventual winners with a hat-trick of goals while Mia Farrell chipped in with a brace.

Joint captains Clodagh McDonnell and Méabh Egan were also among the scorers as was centre back Niamh Roche who refused to allow anything to get by her.

Indeed her performance together with that of Erin Cooper and Gracious Momoh went a long way to keeping their Blanchards-town opponents scoreless as her side piled on the scores.