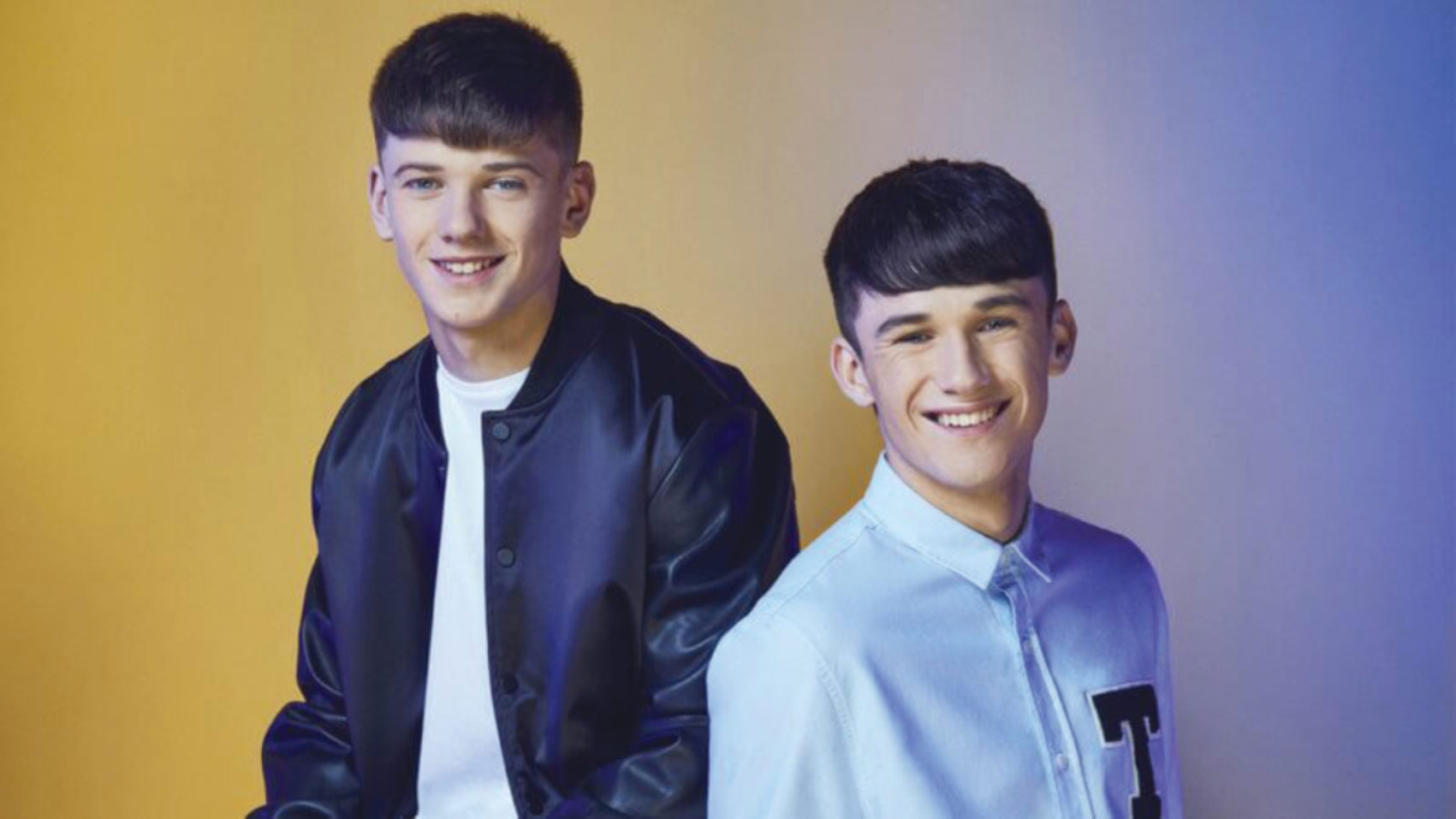 TWO teenage brothers, who wowed the X Factor judges last year and made it to the quarter-finals of the hotly contested talent show competition, are seeing success with their debut single ‘Be Like You’ soaring to the top spot on the Irish iTunes chart and selling out a show in Vicar Street.

Sean (18) and Conor (16) Price, from Blessington, are balancing their burgeoning music careers with studying for their Junior and Leaving Certificates in Naas CBS, and they will be spending the summer following their exams touring around Ireland.

The brothers, who are the sons of Tallaght-based health business owner John Price, took some time out of their busy schedule to tell their local newspaper about what the support of the local community meant to them during their time on the X Factor, and what it feels like to have a No 1 single.

What’s your best memory of growing up in Blessington?

Growing up in a safe community, with loads of friends in our primary school and playing football from a very young age for Blessington.

How did you feel when you first performed in front of the X Factor judges?

First performing in front of the judges was a crazy experience. The joint feeling of anxiousness and excitement was insane. When we got into the audition it felt like performing for the TV.

What difference did having the support of your community during your time on the X Factor make?

It was great to have local support in Blessington during our time on the X Factor, but it nearly felt as though the whole country was behind us. We had so many messages of support and it really made us confident and proud to be representing Ireland on one of the biggest talent shows on TV.

What was the most important thing you learned during your time on the TV show?

The most important thing I learned on the show was to always be yourself and not to change for the camera. Something that Simon Cowell told us that stuck with me was, “Don’t go into the X Factor world, let the X Factor come into your world”.

Your new single ‘Be Like You’ soared to the top of the Irish iTunes chart. How did you feel when you found out your single was No 1?

We are very proud of our debut single ‘Be Like You’. We have worked very hard on it and we feel like it spreads a good message. To wake up last Friday and see that it had reached No 1 on the Irish iTunes chart was overwhelming. It really shows us the amazing support that everyone is showing us, and we’re so grateful for that and looking forward to releasing more new music.

What are you most looking forward to about going on tour this summer?

The thing I’m most looking forward to on our tour is performing for the people who have supported us for a long time and helped us to get to where we are today.

What can the audience expect from a Sean and Conor Price show?

We will be performing a lot of our brand new music, some new covers and some stuff that we did on the X Factor. You will see a lot of sides to us from our busking roots to the more polished X Factor songs. There’s no doubt we will bring loads of energy, so the audience can expect to get involved, sing with us and have loads of fun.