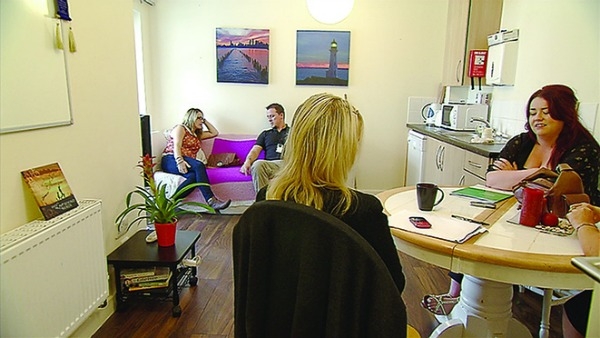 A WOMEN’S shelter that was forced to close due to a lack of Government funding is set to re-open as a homeless facility for women and children who are on South Dublin County Council’s homeless list.

Operating in Tallaght since 2012, the Cuan Álainn refuge was run by housing charity Respond and, during its three years, provided a safe haven to 71 women and 86 children fleeing domestic violence.

Since opening in 2012, Respond bankrolled the shelter without any financial support from the State, at a cost of €350,000 per annum – a financial burden which saw Cuan Álainn close its doors last December.

However, this week Respond announced the re-opening of Cuan Álainn as a homeless facility for women and children, following agreement with the Dublin Regional Executive and South Dublin County Council.

The Echo understands that Respond will work alongside South Dublin County Council, with the places available in the homeless facility directly impacting on the local homeless list.

Ned Brennan, CEO of Respond, said: “Cuan Álainn is a state-of-the-art facility specially designed for women and their children.

“We are delighted that doors will soon be re-opened to welcome women and children who are homeless and in need of support in order to move back into housing with support as required.

“At the end of March 2016, South Dublin County Council received 296 requests for emergency accommodation, including 103 families.

“We are pleased that Respond’s facility can go some way to addressing the immediate needs of these families”.

Cuan Álainn has 10 specially designed units and families will be supported by qualified staff, who will aim to address the individual needs of families – supporting them to move onto tenancy arrangements.

Mr Brennan said: “I would like to thank Minister Alan Kelly and officials from the Department of the Environment, the Dublin Regional Homeless Executive and South Dublin County Council for recognising the value of Cuan Álainn and undertaking to ensure it has a bright future ahead, providing a real safety net for Dublin’s most vulnerable homeless families”.

Respond is currently recruiting support staff for Cuan Álainn, with management hoping to re-open the facility in a matter of weeks.