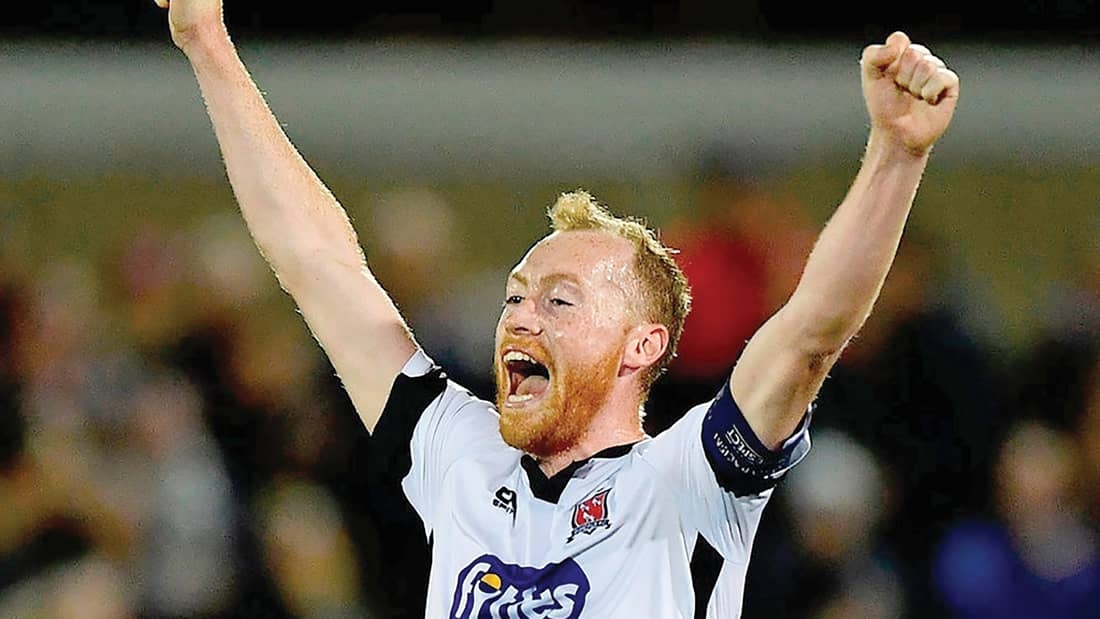 Shields fully focused on the pursuit of league success

DESPITE a President’s Cup encounter with Shamrock Rovers on Friday, Chris Shields and Dundalk’s focus is on the restart of the League of Ireland next week.

Premier Division champions Shamrock Rovers will host FAI Cup winners Dundalk in the 2021 President’s Cup,  but this fixture will not distract Shields from his side’s ultimate goal for the season.

“Of course, it’s a good game, it’s a bit more than a friendly and it’s a good curtain raiser for the league,” the Clondalkin man told The Echo.

“It’s the league winners and the cup winners, so it’s an opportunity for us get a measure of where each team is at before the start of the league and it’s nice that there’s a trophy at the end of it.

“But look, our focus is more on the start of the league next week.

“We had a bit of a poor season last year and the only real way of putting things right is to get back on top and win the league, that would be our aim this season.”

Dundalk went on a dream run in the Europa League in 2020 and claimed a domestic trophy, but their performances in the league were below par.

Filippo Giovagnoli’s side finished third, 11 points behind Bohemians in second and a whopping 22 points adrift of champions Rovers.

After winning back-to back-league titles in 2018 and ’19, Dundalk were knocked off their perch by Stephen Bradley’s outfit who marched to an 18th league title last season.

The Hoops and the Lilywhites have developed a ferocious rivalry over the last few years, with the side’s exchanging winners’ medals in the league and cup over the past couple of seasons.

Bradley’s men stormed through the truncated season unbeaten and they picked up six-points against Dundalk along the way.

Running out 3-2 winners in a barn burner in Tallaght, Jack Byrne and Aaron McEneff combined to help their side claim a 4-0 victory in Oriel Park later in the season.

However, Dundalk did exact some measure of revenge when they beat the Hoops for the FAI Cup at the Aviva Stadium in December.

The Tallaght outfit are now without star performers Byrne and McEneff, who had formed a good partnership in midfield with both having left for pastures new.

Yet Bradley has been busy bolstering his side ahead of the start of the league, with perhaps the biggest coup coming in the form of Ireland underage star Danny Mandroiu.

Mandroiu, who joined from Bohemians, is a talented attacking midfielder and has impressed in pre-season thus far.

Other big additions to the squad include defenders Sean Hoare and Sean Gannon, who both joined from Dundalk.