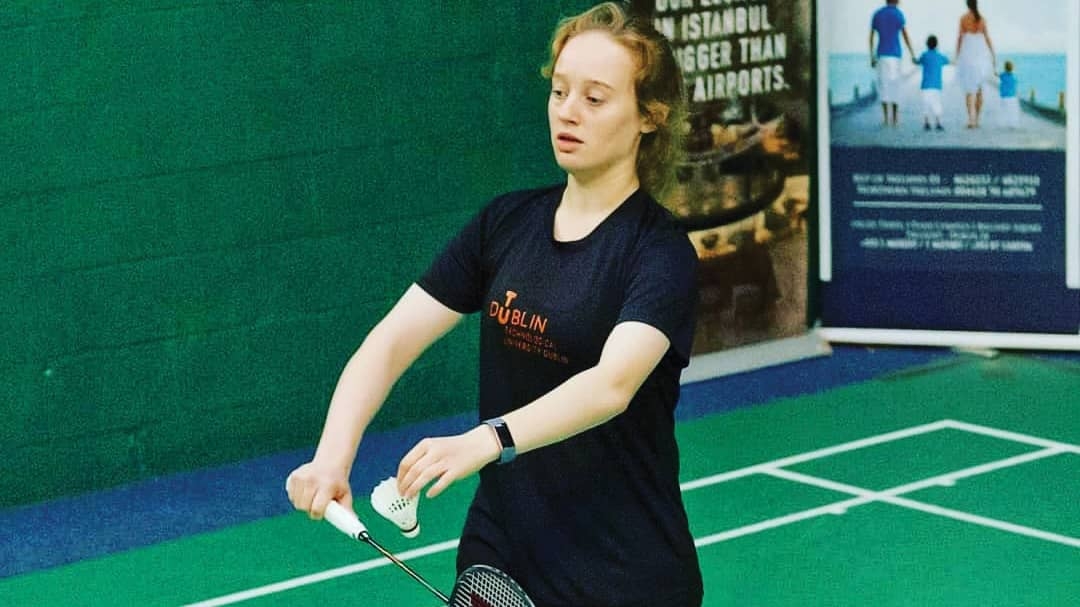 Impressive return for Frost ahead of European C’ships

KATE Frost made an impressive return to competitive action at the Swiss Open Super 300 event in which she and her doubles partner Moya Ryan came up against some serious opposition.

Having already secured qualification for the 2021 European Championships at the end of April as one of the top 28 ranked pairs in the continent, they will be much encouraged by this latest outing.

Templeogue’s Kate Frost, together with Moya Ryan turned in an impressive performance against some world class opposition at the Swiss Open Super 300

Eager for a return to competitive action, the Templeogue native made the Last 16 in the Women’s Doubles in Switzerland last week.

She and Ryan clashed with English pair Victoria Williams and Annie Lado in the first round, something which excited the TU Dublin Tallaght student.

“This was an exciting draw for us, as although it was tough it was also a match we knew we had a chance to win as they are a new partnership,” Frost explained.

“We had played them before, each with their different partners and had done well in one but not in the other so we knew it would be a tricky encounter.

“We played some really good badminton and won this match in 3 sets 21-12, 9-21, 21-17 which put us into the last 16 and into an exciting match up against the World Number 14 pairing of Gabriela and Stefani Stoeva from Bulgaria.

“This match was an amazing experience for us to play against some top-quality opposition on the world stage.”

Frost and Ryan relished the great experience they got from the Swiss Open, in which they were ultimately stopped when they lost out 21-8, 21-8 to the Stoeva sisters.

“After the Swiss Open, we have jumped up to 105 in the World rankings so we are close to breaking the top 100 if we have some good results coming up” explained Frost.

With the Badminton World Federation pulling a list of tournaments together, Frost can look forward to getting more competitive action in the can.

“Before [the Europeans], we are looking forward to competing in the Orleans Masters in France at the end of this month, where I will compete in the Women’s Singles also” Frost said.

“Overall, it was brilliant to be back competing last week, although things are so strange at the minute with so much Covid testing and procedures in place in order for the events to go ahead.”

Frost saw a number of top tournaments she was due to contest fall victim to the pandemic last year.

Indeed she and Ryan had secured qualification as a doubles pairing for the European Championships in 2020 as well.

The scrapping of that tourna-ment was a major disappointment for the two who had worked hard to gain the necessary points over their top 10 international contests, including a quarter final finish in the Irish Open.