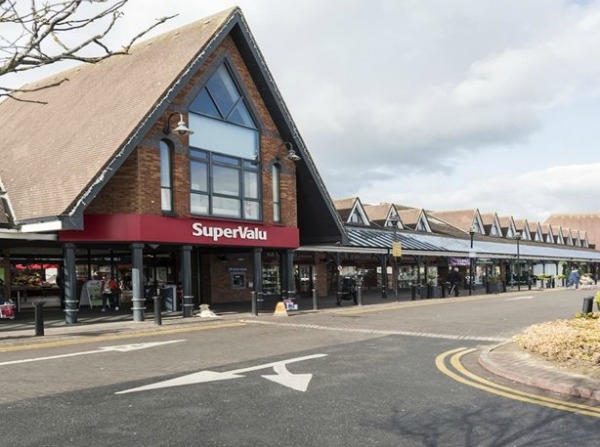 Shopping centre up for grabs at guide price of €40 million

THE high-profile Lucan Shopping Centre on Newcastle Road is for sale, with a guide price of more than €40 million.

The centre forms part of four investments in the selling agent Savills’ SV4 Collection – a collection of three Dublin centres anchored by SuperValu and another in Waterford with an overall guide price of €80 million, providing new owners a return of 6.44 per cent.

Dessie Kilkenny, negotiator with Savills, says Lucan Shopping Centre is available for sale individually or as part of the collection, and is “a highly successful retail investment opportunity.”

Lucan Shopping Centre is the largest individual asset going for sale in the collection, where the guide price of more than €40m would show an initial yield of 6.45 per cent.

Trading alongside SuperValu is Dunnes Stores, which holds a long leasehold on its premises at a nominal rent.

There is a weighted average lease period to run of 11.8 years and other notable occupiers at the centre include McDonalds and Starbucks.

The collection includes two SuperValu stores on Ranelagh Road and Highfield Road, Rathgar – each valued at €12m – and Kilbarry in Waterford, with an asking price of €16m.

The four supermarkets formed part of a loan portfolio known as Project Aspen sold by Nama in 2013 for less than the €200m asking price on behalf of investors David Courtney, Gerry O’Reilly and Terence Sweeney.

Starwood Capital, who acquired the collection at a discount of about 75 per cent, along with two other investment groups, have successfully negotiated an extension of the rental agreements with the Musgrave Group, the owners of SuperValu.

Savills expect a “good level of interest” in the sale citing the “strength of covenant, unexpired lease terms and proportion of income associated with the anchor tenant SuperValu.”