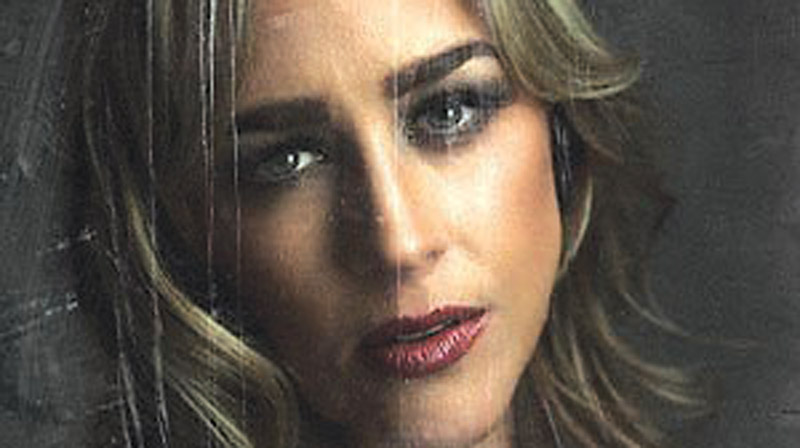 Singer celebrates in song her recovery from brain surgery

A SINGER who underwent brain surgery to remove a tumour last year, which risked affecting her speech, has released a new single displaying her powerful vocals.

Pamela Tully, a 38-year-old mother of one from Kilnamanagh, said she had an inkling something was wrong when she started experiencing recurrent headaches in the summer of 2020.

The headaches were effectively kept at bay by taking over-the-counter painkillers, but Ms Tully said she wanted to find out what was causing them, which ultimately led to the discovery of the tumour.

“This all came to light in June 2020,” the HR worker told The Echo. “I had gone back to work the previous January after maternity leave.

“We were in the second lockdown, so I was juggling working from home with family life, and I kept getting these headaches.

“I’d take painkillers for them but they had been niggling at me, so I went to see my GP at the end of May. She sent me for an MRI in June and a tumour showed up in it. It was so shocking.”

Initially, Ms Tully decided to wait and see how the tumour developed under the guidance of medical staff, with regular brain scans being carried out to track its progress.

In November 2020, a scan showed that the tumour, a non-cancerous type called a meningioma, had doubled in size so Ms Tully was swiftly scheduled for brain surgery for it to be removed.

The surgery was a success, as the surgeons were able to fully remove the tumour and it had not spread to other areas.

Ms Tully and her medical team are happy with the results of the surgery, but she said there is a 30 to 40 per cent chance that she may develop another meningioma in the future.

One of the risk factors for the surgery that most concerned Ms Tully was that it could have affected her speech, which would have been detrimental to her passion for singing.

A dedicated wedding singer right up to the point of her diagnosis, the past pupil of St Paul’s Secondary School in Greenhills didn’t know if she would require speech therapy after the surgery.

Explaining what her recovery process was like, Ms Tully said: “I had seizures for about a month after the surgery, but I got them under control. I went back to work after six months.

“It’s very hard to describe what recovering from brain surgery is like. It’s not even a tiredness that you have, it’s a fatigue, because your neurological pathways have to rebuild themselves.

“In November this year I’ll be two years post-surgery, and I’d say I’m about 95 per cent back to normal. I still get a bit of tiredness, but I’m back to working full-time and singing.”

Fortunately, the brain surgery didn’t affect Ms Tully’s voice, but the experience has led her to take the plunge and start releasing her own original music.

“I always wanted to write my own music and songs and it just felt like it was now or never,” she added.

Her health diagnosis will also be explored at an Irish Cancer Society event at the Burlington Hotel this Saturday, as even though her tumour wasn’t cancerous, Ms Tully will share her journey in getting a diagnosis and her recovery.

Following this, she will also perform for the event’s attendees, using the voice that she wasn’t sure she would still have after surgery.

Last February, the talented singer released her debut single, called ‘Battle Cry Baby’, and more recently released her second single, ‘Just Like You’, both of which are out now on all streaming platforms

‘Just Like You’ features rock undertones as Ms Tully’s vocals soar, recounting what it’s like to readjust to life after a serious health diagnosis.

Reflecting on her experiences overall over the last two years, Ms Tully offered some sage advice: “If you think something is wrong, go to your doctor – don’t put it off.”