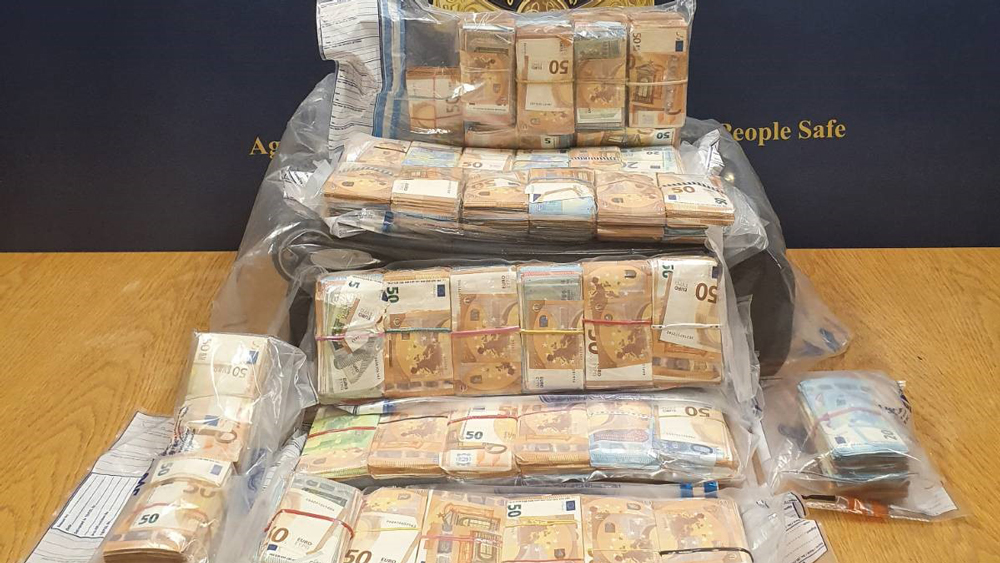 Some of the cash seized by the Garda during Operation Tara (Image: An Garda Siochana)

A MAJOR garda operation targeting organised crime, led to the arrest of six people and 24 premises searched – the majority of which were located in Ballyfermot, Clondalkin, Lucan and Crumlin.

On Wednesday, January 19, the Garda National Drugs and Organised Crime Bureau (GNDOCB), assisted by other specialised units, undertook a particular operation designed to address drug related issues in West Dublin and wider afield, including drug related threat to life incidents and other forms of intimidation.

Gardai, working under Operation Tara, arrested six persons, five men and one woman, who are currently detained under section 50 of Criminal Justice Act at garda stations in Dublin.

The operation also led to the seizure of €700,000 in cash, 16 high value watches, and eight vehicles were also seized.

Led by the GNDOCB, the majority of the 24 premises searches were located in Ballyfermot, Clondalkin, Lucan and Crumlin, but also in Dublin’s city centre.

While most of the premises are places of residence, a small number of business premises were also searched.

The operation also involved the stopping and searching of particular vehicles. 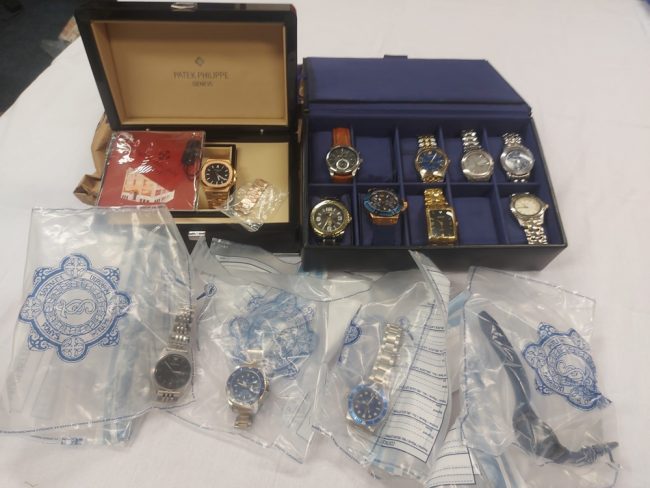 The GNDOCB were assisted by the Special Crime Task Force (SCTF), the Special Tactics and Operations Command (STOC), the Air Support Unit (ASU), the Dog Unit, the Stolen Motor Vehicle Investigation Unit (SMVIU) and the Criminal Assets Bureau (CAB), along with personnel assigned to local garda drug units based in West Dublin.

One particular seizure of cash arose from a search of a vehicle registered in Northern Ireland, while it was travelling North bound on the N3.

The vehicle was stopped with assistance provided by the Emergency Response Unit (ERU) and resulted in the seizure of cash to an estimated total value of €200,000.

Other items seized include mobile telephones and documentation purporting to relate to particular business related activity.

The arrests relate to suspected participation in the activities of a criminal organisation, to facilitate money laundering and drug trafficking, representing an alleged breach of the provisions of section 72 of Criminal Justice Act.

Investigations are ongoing and are assessed to be making significant progress.

Today, Detective Chief Superintendent Seamus Boland, who is head of Bureau at the GNDOCB, said: “This operation, led by the GNDOCB, assisted by a significant number of other Garda Síochána personnel, including a number assigned to local drug units located in West Dublin, was designed to make a significant impact on those involved in OCGs who are causing significant damage to communities in West Dublin and elsewhere.

“The seizure of cash, valuable goods, vehicles and particular documents and the associated arrests is considered an important step in An Garda Síochána’s ambition to effectively tackle the criminal groups involved.”

Assistant Commissioner John O’Driscoll who is An Garda Síochána lead officer with regard to tackling Organised & Serious Crime, said: “Through initiatives such as Operation Tara, criminals who are involved in organised crime groups that threaten the life and welfare of  those living in communities throughout Ireland, will experience the determination of An Garda Síochána to ensure they are prosecuted and their organisations dismantled.”