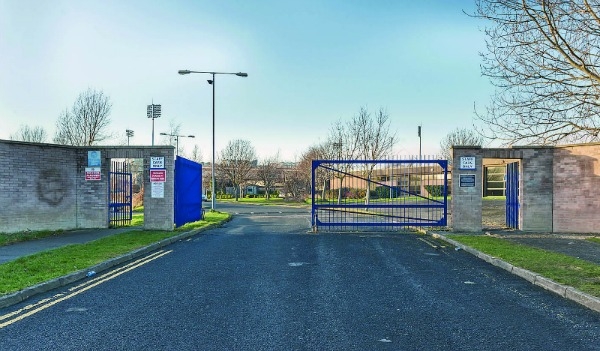 Sniffer dogs at Tallaght school find no trace of drugs

THE Garda Dog Support Unit made no detections when it swept a Tallaght school on Monday, in a preventative and pro-active measure that aims to deal with the issue of drugs in schools head on.

As reported on Echo.ie last Friday, the principal of Old Bawn Community School (OBCS), Paul Crone, informed parents of a number of measures being undertaken to keep the school a ‘drug-free zone’, which included a sniffer dog sweeping the school before the Christmas holidays.

In his letter to parents, which The Echo has seen, Mr Crone said that preventative measures were being taken in light of an article in The Echo, which reported that teens are being lured into drug-running activities – which has resulted in illegal substances making their way into a number of Tallaght schools.

While there has been no incidents reported in OBCS, Mr Crone said that the school has “always liked to take a pro-active view on these issues” and that they “intend to be leaders” and tackle the issue “head-on and out in the open”.

On Monday, officers and one dog descended on the school and swept the corridors, locker areas and grounds – with no trace of drugs detected.

The sweep is part of a larger awareness campaign being undertaken by the school, which will see a number of educational programmes, for both students and teachers, in the New Year.

Speaking to The Echo after the sweep, Mr Crone said: “One dog came with officers to the school on Monday, and he got more rubs than anything else.

“They swept the main areas of the school including the corridors, lockers and grounds. . . and no trace was found.”

While the reaction from parents and the wider community to the sweep was mostly supportive, a number of people did ask why the school gave students prior notification of the sniffer dog’s arrival.

Mr Crone said: “We had to give prior notification to ensure that all students and teachers were comfortable with a dog in the school – we didn’t want to create any potential situations if people had dog phobias, for example.

“It’s also important to note that this exercise, along with the educational programmes in the New Year, hope to act as a deterrent, raise awareness and educate students on making the right choices.

“It’s also about reassuring staff, the Board and parents that OBSC is a drug-free zone.

“I’ve communicated the outcome of the sweep to parents and left a standing invite to the Garda Dog Support Unit to come back at any stage unannounced.”

The community gardaí, who organised the sweep, will visit the school in January and February, alongside YODA [Youth Drug and Alcohol Service], to educate staff on what they need to look out for.

The Dominic’s Drug Project will also run small-group sessions with students around the issue of drugs and how to be resilient and making the right choices.

Mr Crone stressed that under the school’s Code of Behaviour, that any student in possession of illegal substances will be expelled.

Any parents or schools with questions around this issue can contact Tallaght Garda Station on 6666000 or visit the Tallaght Drugs and Alcohol Task Force website, www.tallaghtdatf.ie, where a directory on youth services is available.

NEWER POSTOver 200 schoolchildren help the homeless with shoe-box donations
OLDER POSTLights, music and joy – with Santa and his elves