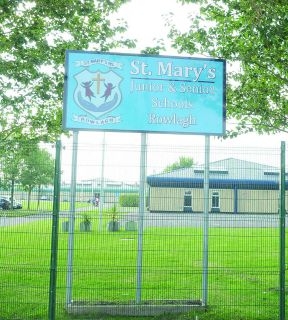 Clondalkin school vandalised as reports of burglaries increase in the area

The incident, which occurred late on Thursday night, failed to disrupt classroom activities the following day, but it was an unwelcome suprise for staff and students who were settling back into school after the summer holidays.

The Echo understands vandals were thwarted in their attempts to break into the North Clondalkin school and proceeded to smash windows, causing considerable financial damage to the property.

With numerous reports of burglaries in Clondalkin in recent weeks, Sinn Féin councillor Eoin Ó Broin has urged people to be vigilant.

Cllr Ó Broin said: “Recently there has been a consistent level of burglaries across the constituency. It appears there are two types – the professional thieves who work an area and move on, another pattern are thieves looking for cash or gold.

“Gardaí say they have made a number of arrests, but in a lot of cases, people haven’t locked their doors properly. We’ll learn more at the community safety forum in one week’s time, but I would urge residents to be vigilant.”

The attack on St Mary’s SNS represents another blow for schools in the wider community. Two weeks ago, vandals set fire to St Ultan’s in Cherry Orchard – causing thousands of euro worth of damage and putting a counselling room out of commission.

It was the second arson attack on the school in little over four months, after a new €400,000 extension was set on fire last April.

In November, thieves caused havoc in West Tallaght, after ten schools and community centres were thrashed during a four-day burglary spree which saw up to €50,000 worth of damage caused, and technology equipment looted.

A laptop was stolen from Drimnagh Castle and €3,500 worth of damage caused in St Mark’s.
De La Salle National School in Ballyfermot and St John’s College were also subjected to break-ins in previous years.

Past pupils were understood to be involved during a summer break-in at De La Salle in 2014 – kicking classroom doors off their hinges during the callous attack.