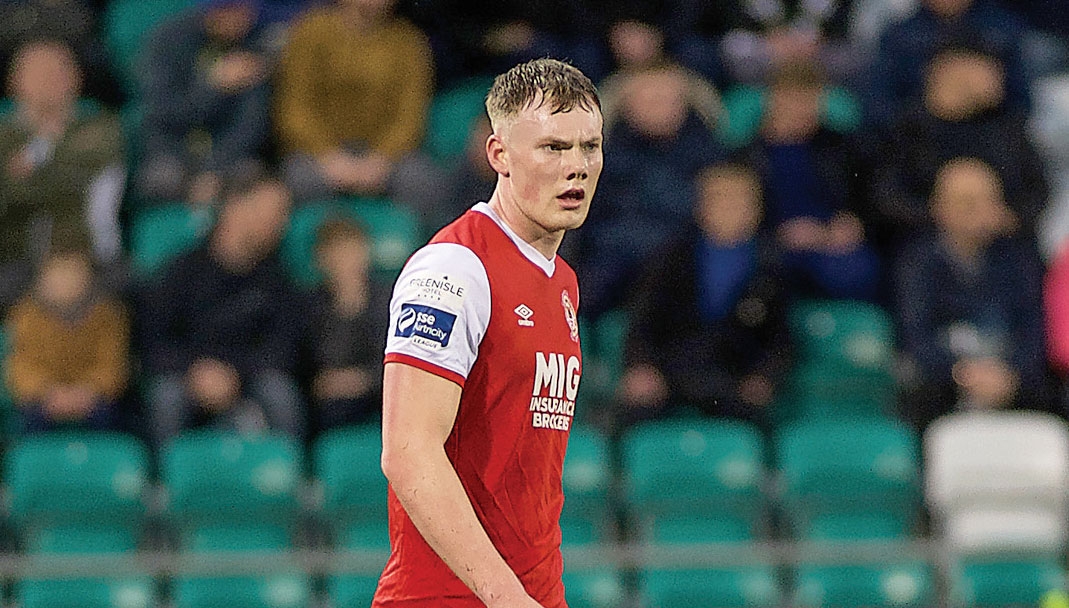 ST PATRICK’S Athletic will bid to reduce the four-point gap that separates them from fourth place Derry City when they welcome Cork City back to Richmond Park on Friday.

With the Candystripes not back in action until the following week when they travel to Tallaght to take on Shamrock Rovers, the Saints will be looking to pile on the pressure with a win against the Leesiders.

They have already chalked up four points from their two encounters so far this season, but St Pat’s defender Ciaran Kelly has warned against taking lightly the challenge of a Cork side that has been struggling while still only four points behind Pat’s in the Premier Division.

“We have to be looking at getting another three points against Cork” insisted Kelly.

“Obviously they’re not having the best of seasons, but they’re still a good side and they can beat anyone on their day.

“We’ve got four points from them this season and we really need to be looking to win to keep the pressure on Derry and on Bohs. We’re only five points behind them [Bohs], but we’ve also got to stay out of reach of Sligo.

“We’ve been up and down this season. We’ve had a few good results, drawing against Bohs and beating Derry. They were decent points” he told The Echo.

Pat’s will be itching to return to winning ways following an agonising 1-0 defeat at the hands of defending champions and current leaders Dundalk in Oriel Park when Sean Hoare served up an injury time goal.

“The game against Dundalk was always going to be tough, but I thought we defended well and that goal at the end was a hard one to take” recalled Kelly.

“But we held our heads high. We gave a good performance and hopefully we can go on now and beat Cork” he added.