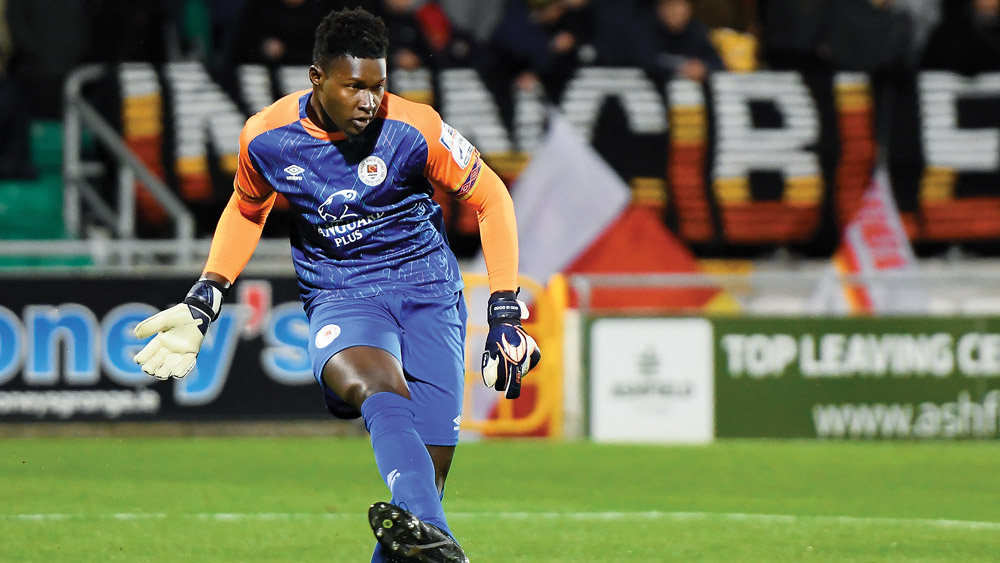 It was a night to forget for St Patrick’s Athletic at Richmond Park on Friday evening as the Saints fell to a 4-0 reversal at the hands of pace-setters Derry City in the SSE Airtricity League Premier Division.

Will Patching’s stoppage-time goal succumbed Pat’s to a 2-1 defeat at the hands of Derry in the Ryan McBride Brandywell Stadium back on March 18, but there was enough in their performance in that game to suggest they could put it up to Ruaidhri Higgins’ side.

However, the Saints were resoundingly second best throughout and will need to dust themselves down in advance of their visit to Drogheda United next Friday – the former club of their manager.

The Dundee native was top-scorer for the south Dubliners in 2021 and he capitalised on some slack defending to edge Derry in front.

This was an early set-back for the Saints and while Anto Breslin tested the resolve of opposition netminder Brian Maher, it was the visitors who continued to dictate proceedings.

From good approach play by Patching and Smith on the half-hour mark, Jamie McGonigle turned the ball home to put the northerners into the driving seat.

It got even better for Derry just before the interval as McGonigle raced onto a through ball before finding the net for a second time.

Facing into a 3-0 deficit at the break, it was very much a damage limitation exercise for Pat’s in the second period.

Yet, having recorded a 7-1 victory against UCD seven days earlier, Derry were hell-bent on pursuing additional scores.

Their fourth of the game ultimately arrived in the 61st-minute as Cameron Dummigan expertly curled home via the post.

With results elsewhere also going against them, St Pat’s have now slipped down to fifth in the league table. Derry, on the other hand, have moved three points clear at the summit of the Premier Division table and appear to be viable title contenders for 2022.