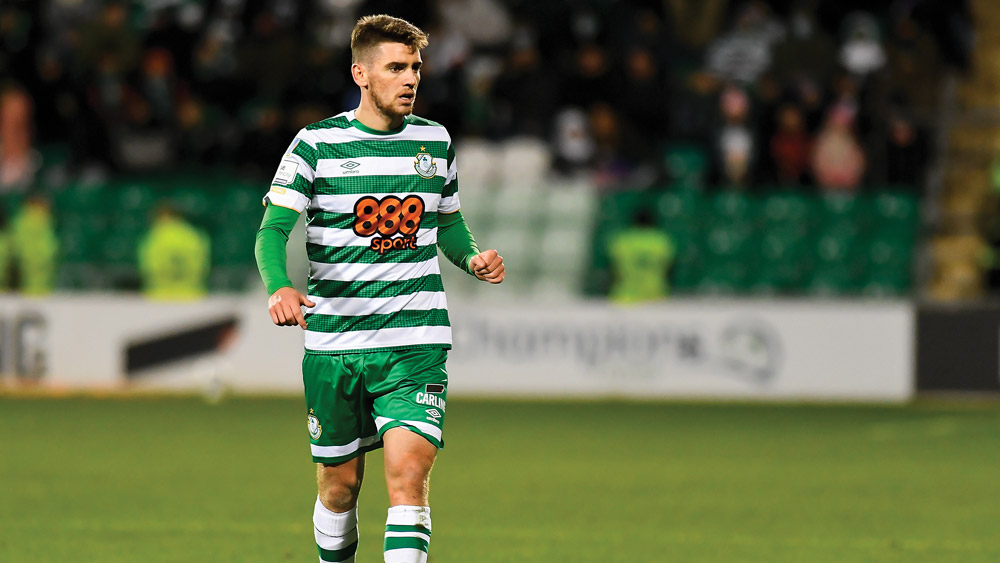 Hoops share spoils with Sligo for second time this season

Jordan Hamilton struck a 71st-minute goal at The Showgrounds last night as Shamrock Rovers were forced to settle for a 1-1 draw with Sligo Rovers in the SSE Airtricity League Premier Division.

The Hoops appeared to be on course for a sixth successive top-flight win after Andy Lyons’ early goal handed them the initiative on the third-quarter mark.

They remained in the ascendancy either side of the interval, but Hamilton’s intervention ensured that Sligo – managed by Perrystown native Liam Buckley – came away with a share of the spoils.

Shamrock Rovers had last dropped points at home to Sligo on March 18, when Stephen Bradley’s defending champions fought back from a two-goal deficit to eventually register a 2-2 stalemate.

Since joining the club from arch rivals Bohemians during the off-season, Lyons has been a revelation for Shamrock Rovers.

Despite being a full-back/wing-back by trade, his eye for goal has been as impressive as any attacker in the league thus far this season.

He had four goals to his name coming into this contest and when Jack Byrne lofted a corner from the right-wing into the penalty area on 23 minutes, Lyons headed powerfully beyond the reach of Sligo netminder Ed McGinty.

Attacking opportunities were few and far between up to that point, and it remained tight and tense in the aftermath of the Kildare native’s strike.

The visitors were largely on top of possession when the play resumed with centre-forward Rory Gaffney – RTE’s eventual selection as player of the match – toiling to good effect.

Dylan Watts was agonisingly close to doubling the Shamrock Rovers cushion just past the hour mark, but McGinty’s superb fingertip save kept Sligo in the reckoning.

Indeed, they wiped out their opponents’ lead with 19 minutes remaining when Canadian international Hamilton nodded a David Cawley delivery past the scrambling Alan Mannus.

This threw down the gauntlet to the Hoops and Bradley responded by introducing Richie Towell, Aaron Greene, Neil Farrugia, Aidomo Emakhu and Graham Burke off the bench.

They did secure an advantage when Sligo’s Garry Buckley was red-carded late on, but the south Dubliners couldn’t quite swing the pendulum back in their favour.