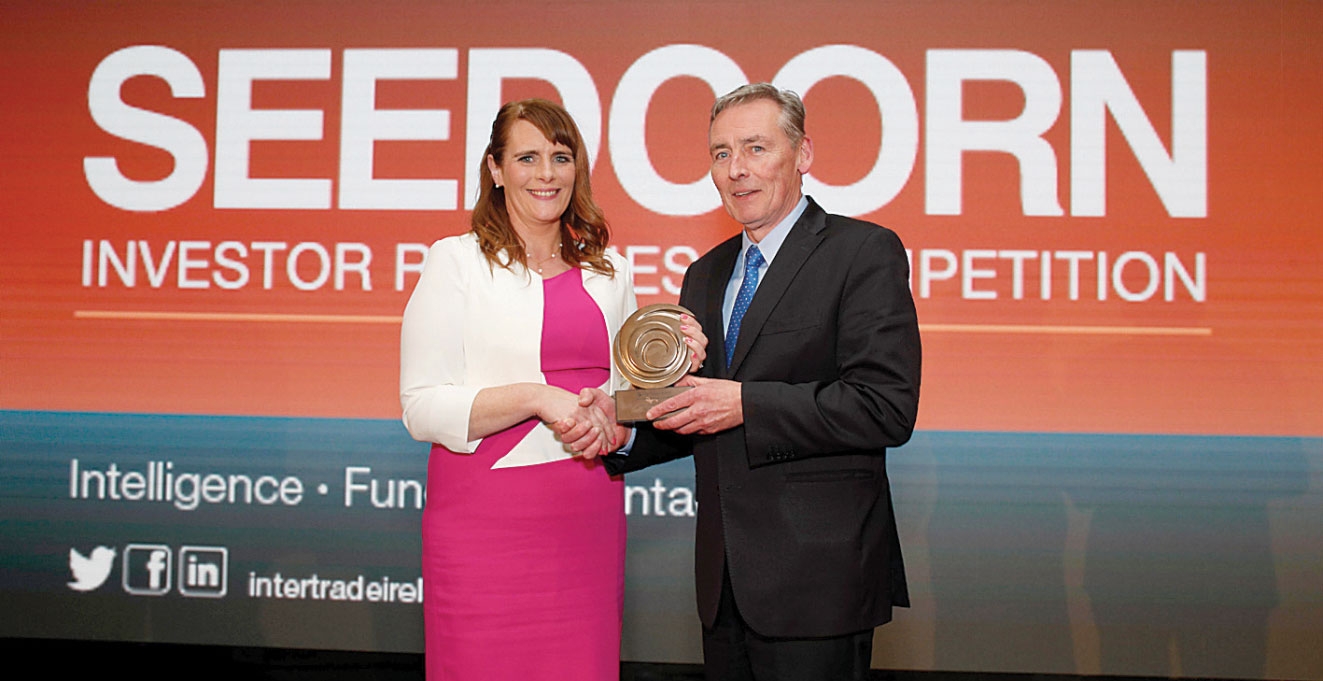 A PARK WEST-based startup has won an award in the Dublin section of the national InterTradeIreland Seedcorn competition.

iKydz has developed a unique parental internet control system to allow parents to manage their children’s internet usage while at home and on 3G/4G networks.  The service may also be extended to schools networks.

The company received a prize of €20,000 to help finance the early stages of their ventures.

Seedcorn is Ireland’s biggest business competition for new start and early stage companies in any sector. With over 275 competition entries, finalists came from a range of sectors including medical devices, technology, diagnostics and digital ticket sales.

This year’s competition saw an unprecedented number of submissions from female entrepreneurs, with five women among the regional winners who went forward to the national final.

An Tánaiste and Minister for Business, Enterprise and Innovation, Frances Fitzgerald TD  congratulated all of this year’s winners and said all participants will have benefited from the well-organised competition.

Chairman of InterTradeIreland Ken Nelson wished all companies luck in the future and said: “Entrepreneurs and innovators are essential to the health of every economy and InterTradeIreland is proud to support them as they turn ideas into action.  It’s great to see so many female entrepreneurs involved in the competition  this year.”

Since it started in 2003, the 2775 companies that have gone through the competition have raised over €229m in capital.