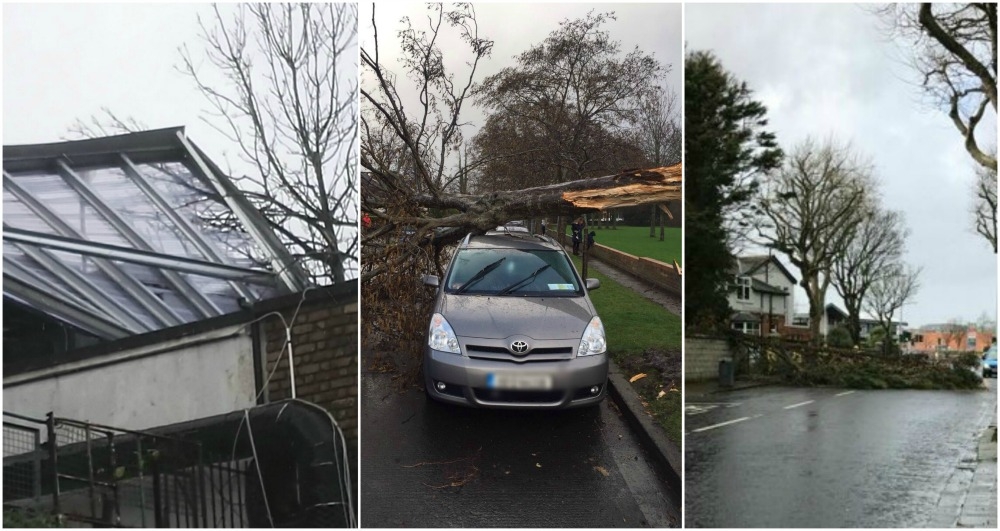 Met Eireann has issued a status yellow wind warning this afternoon for several parts of the country, including Dublin, Wicklow and Meath.

1 fire engine from Tara St is dealing with the collapse of a flat roof on a building on Pembroke St #StormDoris #Dublin #fire pic.twitter.com/tM1UDJP05q

In Dublin city centre, DFB responded to an emergency call this afternoon when part of a roof on Pembroke Street was ripped from a building and landed on top of Matt the Threshers Pub.

One fire engine from Tara Street tended to the incident.

The fallen tree on the Cabra Rd has been cleared, road reopened. Thanks to @DubCityCouncil crews for their help @aaroadwatch @DCCTraffic pic.twitter.com/vYM1kDPQk6

DFB also responded to a call in Cabra when a tree fell on Cabra Road, temporarily blocking the road for a period of time

Meanwhile, firefighters from Rathfarnham were also busy this afternoon after they received a call in relation to a fallen tree that had landed on top of car.

Our Rathfarnam fire engine has responded to a tree down damaging cars. Luckily no one was injured. pic.twitter.com/e65BqeHwAt

Thankfully no one was injured and the tree was safely removed.

Elsewhere, motorists have been warned to take care on the Tallaght bypass and in the village this afternoon as traffic lights are out of action.

Both sets on the bypass at the junction with the Greenhills Road and at the crossroads in the village at Bank Of Ireland are currently not working.