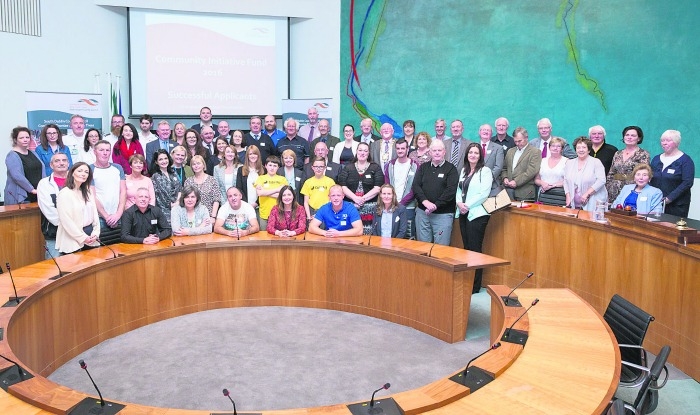 SOUTH Dublin County Council has launched its second Community Initiative Fund to the value of €250,000, an increase on last year’s fund.

Following on from the success of the first initiative in 2015, the council invited community organisations to apply for funding support, which is not available from other resources under the Community Initiative Fund.

The fund was designed to provide an opportunity for organisations to access funds for projects, providing significant community development, social inclusion and/or cultural and heritage enhancement.

Mayor Guss O’Connell met the successful groups in County Hall on September 22, and congratulated each group for making the county a better place.

The Mayor acknowledged the partnership between elected members, council staff and local community groups, which resulted in new and innovative projects and existing groups being supported.