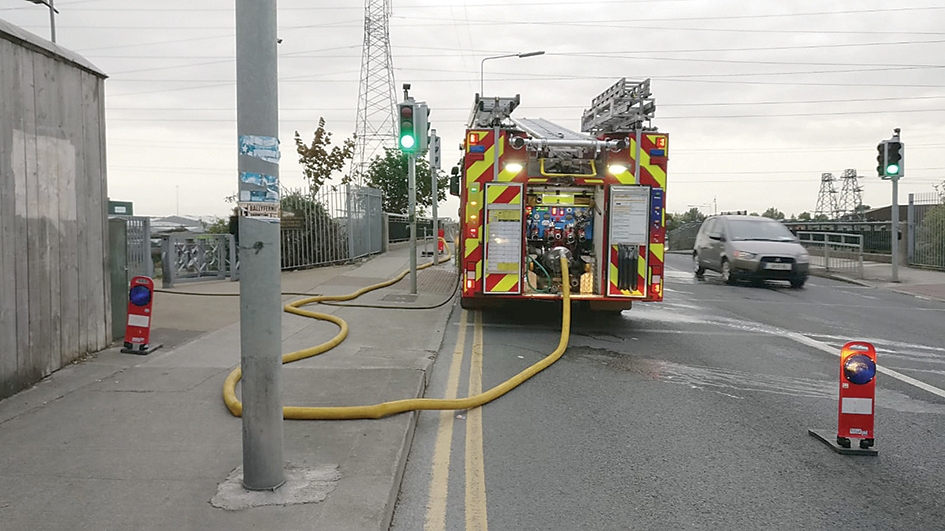 Stones thrown at fire brigade crew as they tackle blaze

MEMBERS of Dublin Fire Brigade (DFB) were attacked by stone throwing yobs as they tackled fires along the Grand Canal beside Kylemore Road last Monday evening.

DFB were out to the area numerous times on Monday (September 10) and Tuesday to tackle small fires.

The Echo understands the fires were started intentionally and during the course of their work on Monday, fire crews came under attack from missiles thrown by a group of thugs close to the scene.

Thankfully none of the fire crew were injured but DFB wish to remind the public that they put their lives at risk to protect the “whole community.”

A spokesperson for DFB told The Echo: “We attended four separate fires along the Grand Canal path near the Kylemore Road yesterday evening (Tuesday, September 11), from 6pm.

“The four fires occurred in the timeframe of about 70 minutes. One of the fires had spread to a wooden fence of a back garden but was extinguished before it could spread further.

“There was an anti-social incident the day previous (Monday, September 10 in Kylemore) where stones were thrown at the fire appliance and crew.

“There was no injuries to our crew or appliance. We would like to remind the public that we are there to serve the whole community and incidents like this can result in fire engines and crew being unable to respond while repairs take place.”