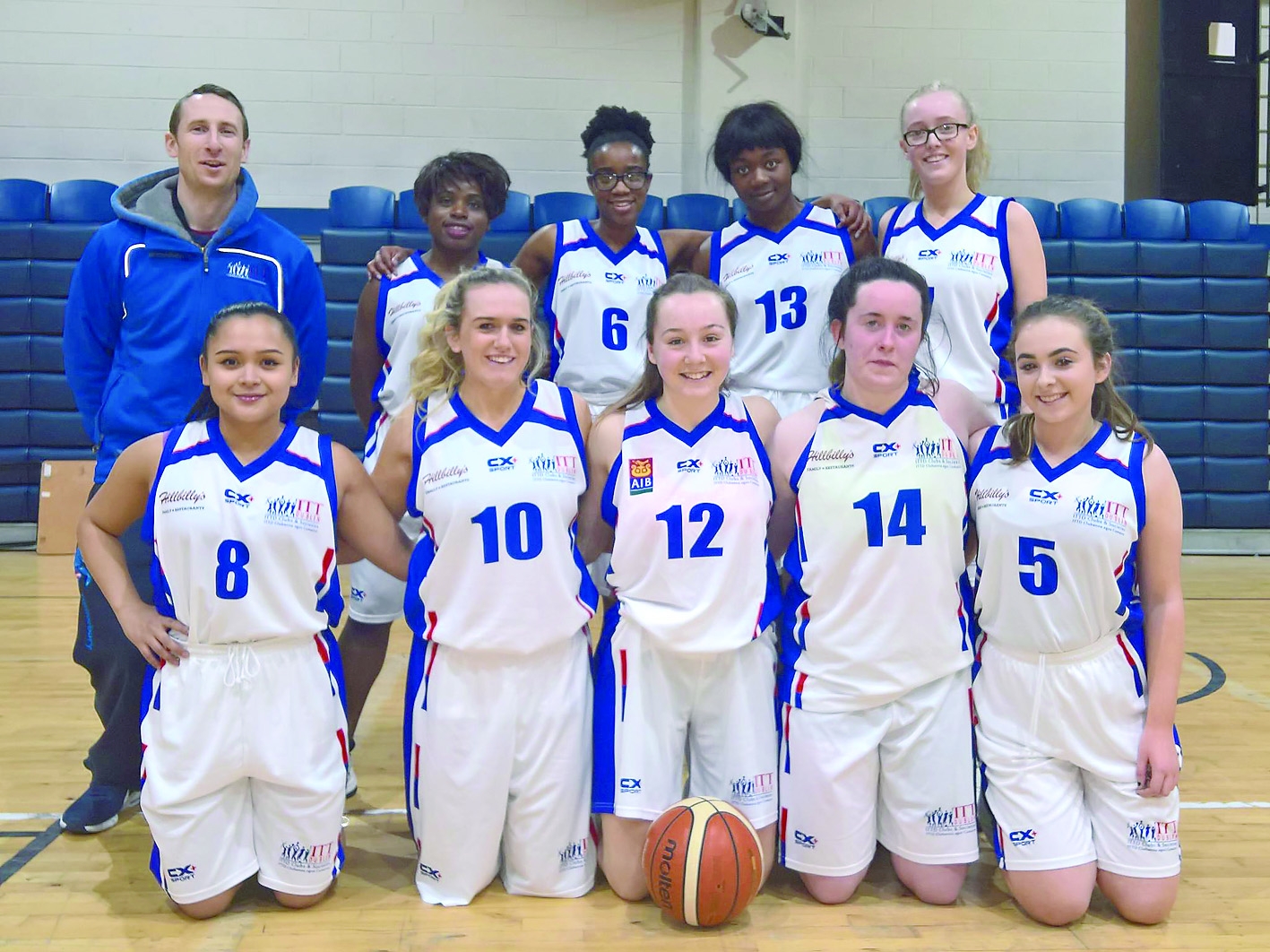 Strong show by IT Tallaght on all fronts

IT HAS been a good week on the sports front for IT Tallaght as numerous teams from the institute performed well across all sports.

Their Mixed Hockey team defeated Maynooth University 3-0 in the Final of the Varsity Plate in Kilkenny College on Tuesday after they had despatched DIT B in the semi finals with an exciting 7-4 win.

In basketball ITT Ladies team beat Dundalk to set up a meeting with Limerick in the Division Two League Semi-Final. It has been a successful first year back at this level for side who have already beaten the likes of ITB, Letterkenny IT and also Marino CFE en route to the last four.

The ITT Men’s team saw off the challenge of DCU in a tight affair that ended 63-60.

The team, which includes  Irish International Aidan Dunne, made an impressive start to the season with a convincing 76-68 win over UCD, but defeats at the hands of DIT, UUJ and  eventual winners GCD means that the team will have to settle for a top-three finish in Division One.

Meanwhile the ITT rugby team enjoyed an impressive win over Athlone IT B team, this victory securing them a Division Two Cup Semi-final tie against the University of Limerick.

In badminton, Tallaght have qualified for the last eight, beating the likes of ITC, DBS and DCU along the way.

Both the ladies and mens volleyball teams have also qualified for the quarter finals having beaten Dundalk IT in the last 16 of their competitions.

IT Tallaght’s footballers have made it to the Division One League final where they will face NUI Galway., the match being scheduled for February 28 in Abbotstown at 1pm.

The road to the final has been a tough one beating teams like ITB, Cork IT, Letterkenny IT, IT Sligo GMIT Galway, Maynooth University B and DCU B.

This will be the first final IT Tallaght have played since 2011 when they contested the Premier decider against IT Carlow.