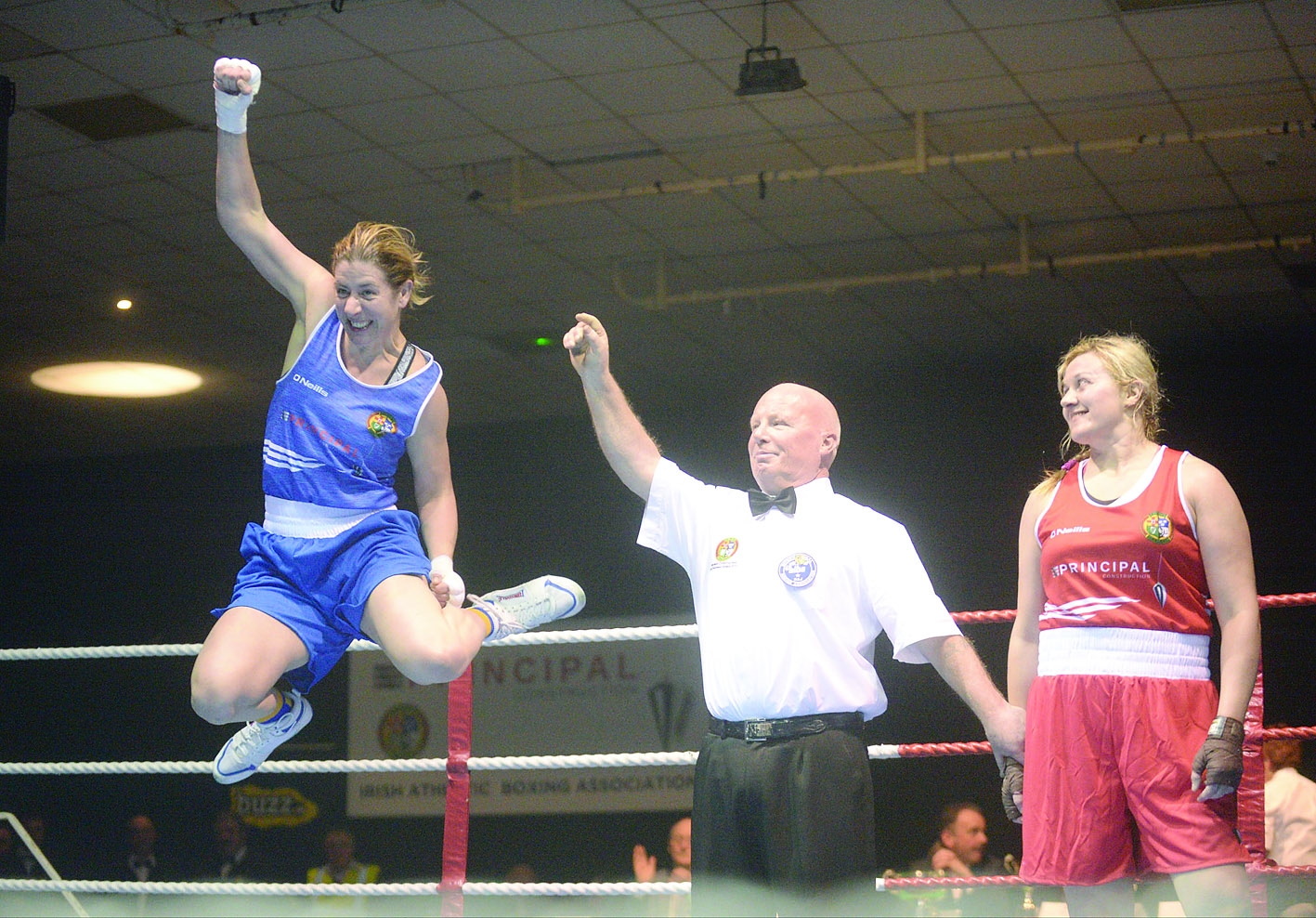 CRUMLIN Boxing Club’s Leona Houlihan produced a devastating performance to raise the Women’s National Elite 81kg Championship title while for St Mary’s man George Bates, the pursuit of a title at this level continues after he lost out to Patrick Mongan in the Men’s 60kg decider.

Houlihan, who is a late arrival to the sport, has certainly been turning heads in recent months.

Indeed she picked up the National Senior title late last year and has now done it at Elite level following a very impressive per-formance against Mourne Boxing Club’s Caroline Connolly in Friday night’s decider in the National Stadium.

“We had to get our tactics right and, in fairness, Leona carried out those tactics to a tee” recalled Crumlin Head Coach Philip Sutcliffe.

“She’s a very strong puncher and we wanted her to start fast which she did and she caught her [Connolly] with 35 seconds to go in the first round and gave her a standing count.

“She came out in the second round full of confidence having given her that standing count and caught her with two beautiful upper cuts. The referee had to step in.

Crumlin also have welterweight Peter Carr on the Ireland Development squad that will travel to London this week for a clash against an English selection.

Carr made the semi-finals of this year’s National Elite Championships where he came undone against Brett McGinty of Oakleaf BC.

Meanwhile, after having twice lost out to Sean McComb in the 60kg decider, St Mary’s man Bates was pipped for the third time in an Elite Championship final after he lost out 3-2 to Mongan.

It was a disappointing defeat for the Tallaght lad who had enjoyed a convincing victory over Gary McKenna of Old School BC in the penultimate rounds the week before.