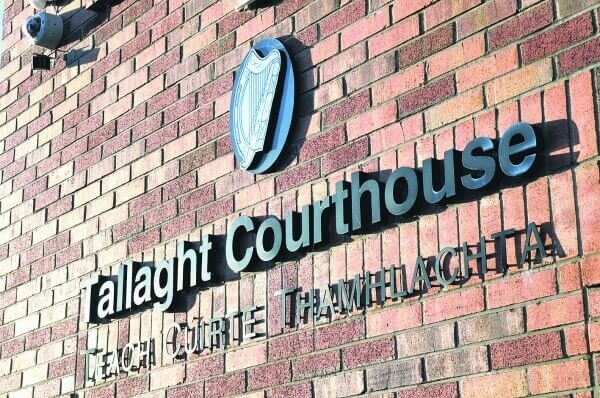 Student sprayed fire extinguisher into face of taxi-driver, stole €200 and then ran off

A STUDENT assaulted a taxi-driver by spraying a fire extinguisher in his face, Tallaght District Court has heard.

Hand, aged 19, with an address at Kilakee Lawns, Firhouse, pleaded guilty to assaulting the taxi-driver causing him harm, robbing him of €200 and making off without paying for a taxi-fare of €27 at Templeroan Green, Knocklyon, on October 30, 2017.

Sergeant Eithne Madden told Judge Patricia McNamara that at 7.15pm on October 30, 2017, a taxi-driver picked up Hand and three other males in St Stephen’s Green and was asked to bring them to Rathfarnham.

She said the taxi-driver brought them to Templeroan Green where Hand put his hand in the boot and picked up a fire extinguisher.

Sgt. Madden said Hand then sprayed the fire extinguisher into the face of the taxi-driver and he and the three males alighted from the taxi.

She added that a sum of cash was also taken from the taxi.

Sergeant Ciaran O’Neill said he had been one of the gardai at the scene. He said the taxi-driver had suffered some redness and soreness around his eyes.

Sgt O’Neill said the taxi-driver had a cataract removed before the incident and he had to go back to the Eye and Ear hospital for tests. He said eye-drops were administered and he has made a full recovery.

Sgt O’Neill said the taxi-driver had missed a day of work due to the incident.

He said that at the time of incident Hand had been using cocaine and had been hanging around with the wrong crowd.

Judge McNamara remanded Hand on continuing bail to a date in February for a pre-sentence report and for sentencing.