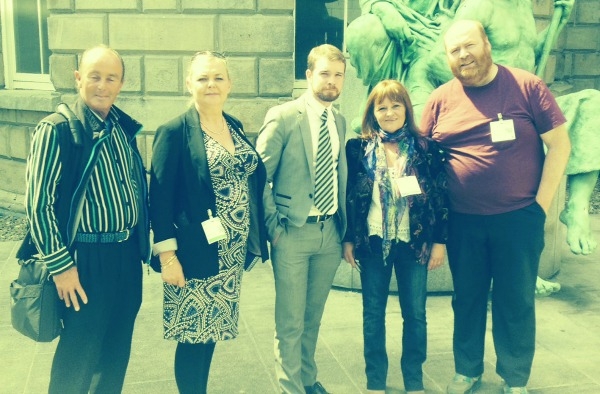 MOTHER and baby home survivors from South County Dublin this week made a continued call for a public apology to the mothers of children who survived the homes, in a meeting with Sinn Féin spokesperson on Children and Youth Affairs, Donnchadh Ó Laoghaire.

During the meeting, the survivors sought support from Sinn Féin and asked them to call on the government to make a public apology to the mothers involved, stating that they “did nothing wrong”.

The discussion also included proposals to recognise the children of forced adoptions and all other children who are not included within the currently ongoing commission.

Local Independent councillor Francis Timmons, who spend his childhood in the Irish care system and was granted limited time with his mother during his childhood, attended the meeting.

Cllr Timmons told The Echo: “We have asked Sinn Féin to ask for a public apology and redress that explicitly says that mothers did nothing wrong.

“We also discussed the need for the commission to include all the children of forced adoptions. The commission is going to take up to three years, and there will be a need for a further commission as there are a lot of people left out.

“While I definitely welcome the commission and look forward to reading the final outcome, I would hope that it’s going to lead to action and not just wind up sitting in a desk drawer somewhere.

“The government have never stood up and said that the mothers involved did nothing wrong, and there were terrible crimes committed.”

Cllr Timmons also thanked the Progressive Independents and Sinn Féin for their support for mother and baby home survivors.