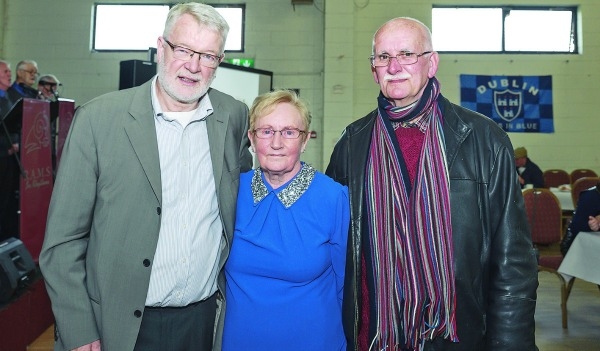 A BOOK on the Swiftbrook paper mills in Saggart, which made the paper that the 1916 Proclamation was printed on, was launched last Sunday.

Running from around 1785 to 1972, the paper mills was at one stage making world class paper – which was recognised internationally and used for everything, from envelopes to official Government documents.

In its history of close to 200 years, the mill had four owners, the McDonalds, the Drurys, the Horburgh family and the Clondalkin Paper Mills – all of which contributed to the mills colourful history.

Written by local historian and poet, Mervyn Ennis, the book tells the history of the mill and includes information on how the business employed more than 400 people at the height of the famine and also produced the paper that the 1916 Proclamation was printed on.

According to Mervyn, James Connolly used the paper milled in Saggart for the publication of the Socialist Magazine, and when it was time to print the 1916 Proclamation, he used the same paper.

Mervyn told The Echo: “We wanted to do something on the paper mill and thought this year was a fitting time, as there are families here in Saggart with a direct link to the Proclamation.

“We started to investigate the mill’s history and did an aural history with people who, now in their eighties and nineties, worked in the mill in the fifties.

“We also have families who parents and grandparents worked in the mill.”

He added: “The Swiftbrook paper mills at one time made the finest paper in the world.

“It’s mad to think that now every bit of paper an Irish person comes across from birth cert to death cert is made outside of the country.”

Last Sunday, October 17, people gathered in St Mary’s GAA Club in Saggart for the launch of the book which, called the Story of Swiftbrook Paper Mills, was supported and published by South Dublin County Council’s heritage office.

Before the launch, there was a mass for the ex-mill workers, many of whom contributed to the book.

Thanking all of those who contributed to the book, Mervyn also thanked the council and Jim Watkins, who gave research support.

The book is available in South Dublin libraries.