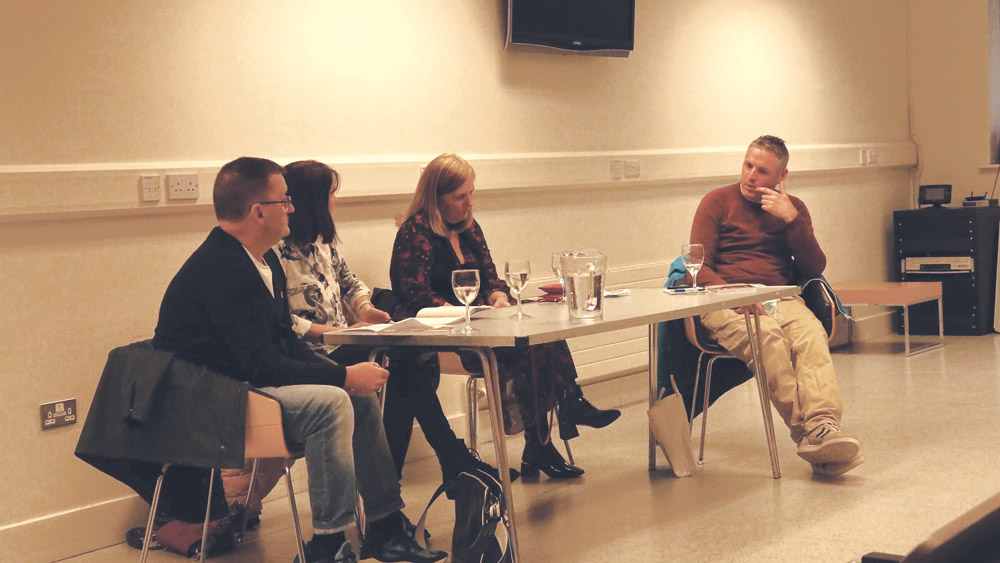 ONE OF the longest strike actions in the history of the State, saw former Debenhams workers in The Square suffer greatly, but the camaraderie they built up amongst each other, is a cherished memory and many “actually miss the picket lines”.

It led to the launch of a book ‘Tales from the Debenhams Picket Line’, by Fergus Dowd and Sue O’Connell, tracing the long dispute and featuring testimonies of workers who manned picket lines at 11 stores across the country.

Fergus said: “On the night we discussed the workers’ backgrounds in Roches/Debenhams, the closing of retail due to the pandemic, and the dreaded generic email.”

Carol Quinn, a former shop steward in Debenhams Tallaght said: “My son had to read it to me over and over again. All I could think of was all the young girls and boys I worked with who had mortgages and car loans.”

They mobilised through social media and rotas were done up with daily six hour shifts organised alongside sleepovers throughout the pandemic, even at Christmas.

On a daily basis, the picket would be on edge awaiting trucks, to block them from removing stock.

“Workers reflected the differences in the great support from local Tallaght people. One example was Martin a retired man from Springfield who used to come down every day to support them, while security in The Square blocked them from using toilets or followed them into The Square upon purchasing coffee etc,” said Fergus.

Carol also spoke about having to go to meetings with Leo Varadkar and how workers were led “down a merry path”.

There was disappointment of the stock being removed by KPMG, against its word, but the mammoth strike changed them as people, making there more politically aware with a better understanding of social issues.

Former Debenhams workers will protest outside the Dáil on May 12, when the Debenhams Bill will be raised that day in the chamber.

If passed, legislation would make workers preferential creditors in a liquidation so they would be paid what they were owed as a priority.

It would also make unpaid collective agreements into a debt under liquidation law.